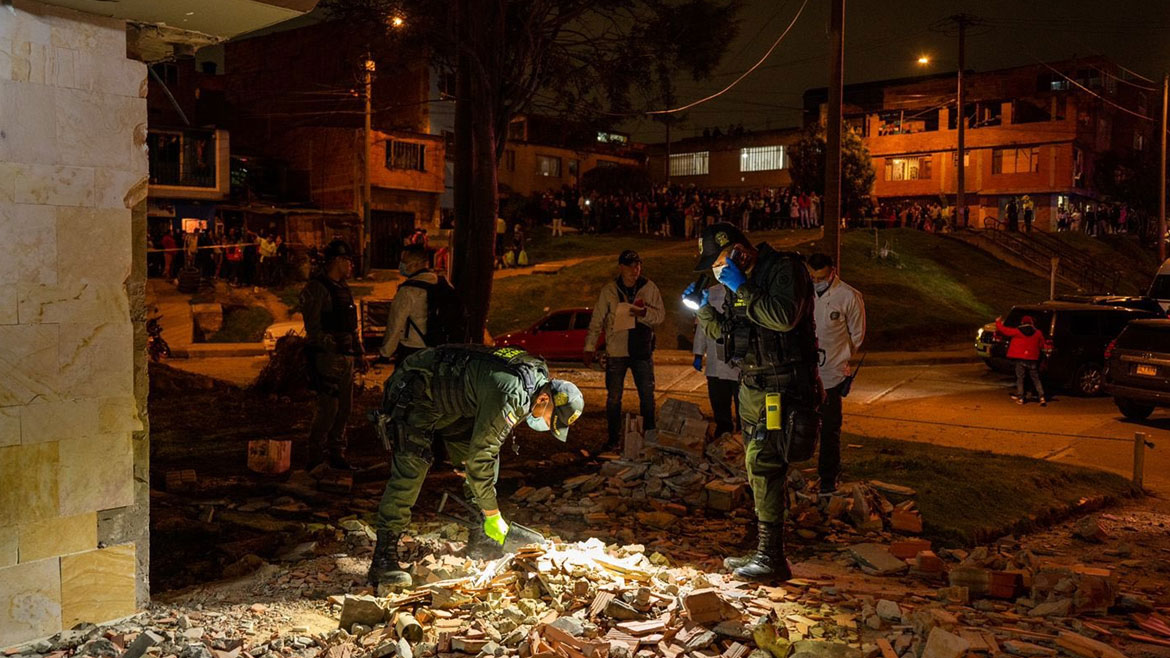 The second attack killed at least one 12-year-old and injured 10 people the Arborizadora Alta neighborhood on Saturday, said local authorities.

The police post and some 60 homes were damaged in the explosion, according to Mayor Claudia Lopez.

The latest attack took place 1.5 kilometers south of the Sierra Morena neighborhood where a police station was bombed on March 5.

Both attacks took place around 7:30PM on Saturday, a relatively busy hour in the Ciudad Bolivar district.

Video footage from Sierra Morena showed a man who apparently abandoned a suitcase next to the police station shortly before a bomb exploded.

Police have yet to release evidence that would help clarify the explosion in Arborizadora Alta.

Defense Minister Diego Molano suggested that a bomb was also used in the second attack.

Authorities have also yet to establish who would be behind the explosions.

General Eliecer Camacho of the Bogota police accused “terrorist groups like the ELN as well as residual groups” of now-defunct guerrilla group FARC of the first attack.

According to Camacho, the guerrillas sought to terrorize locals ahead of the March 13 congressional elections.

Bogota’s mayor said that intelligence agencies had been on alert since the March 5 bomb.

Since the March 5 attack, all intelligence agencies have been on alert. Citizens can rest assured that the authorities continue working and coordinating efforts to prevent these events from happening and to protect the lives of our citizens.

The director of the National Police, General Jorge Luis Vargas, vowed to bring those responsible for the second attack to justice.

We will find those responsible for the criminal act committed in Bogota and bring them to justice for the crimes of terrorism and attempted homicide.

Multiple illegal armed groups are active in southwest Bogota, according to the Ombudsman’s Office.