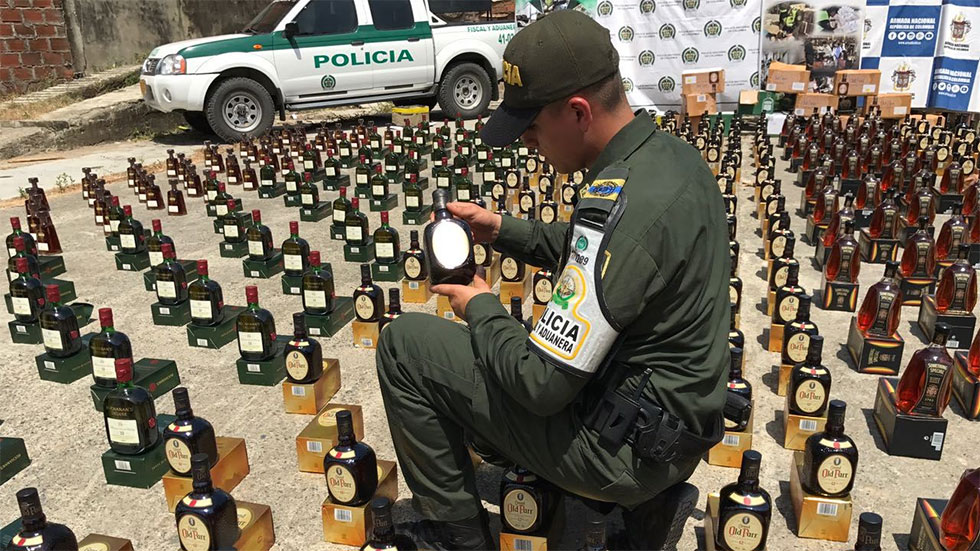 The prosecution arrested at least 20 people in August when claiming to have shut down an operation that laundered at least $70 million.

“They moved illicit money from China, Central America, Canada, the Netherlands and other countries in Europe,” an anonymous investigator told El Colombiano.

Rather than money, foreign associates of the AGC sent shipments of cigarettes and alcohol to Colombia that was bought with the revenue from drug deals abroad.

These shipments would be imported and sold in a network of barely regulated liquor stores that paid the AGC for the merchendise.

In Bogota, the money laundering network used businesses in the San Andresito shopping district. In Medellin, the districts of El Hueco and Poblado were used to convert contraband into legitimate income.

The network of shops was allegedly managed by “Matias,” an associate of AGC finance chief “El Indio.”

The alleged money launderer returned to Colombia in 2015 after spending six years in prison in the United States. He was arrested again in August last year when authorities carried out a series of raids.

The network was already discovered in 2013 after authorities found multiple “caletas” containing $7.2. million of Colombian money allegedly belonging to the paramilitary group.

The AGC is a paramilitary group that controls much of Colombia’s Pacific and Caribbean coasts. The group was formed by dissidents of the now-defunct AUC and are financed mainly through the gold trade, drug trafficking and extortion.