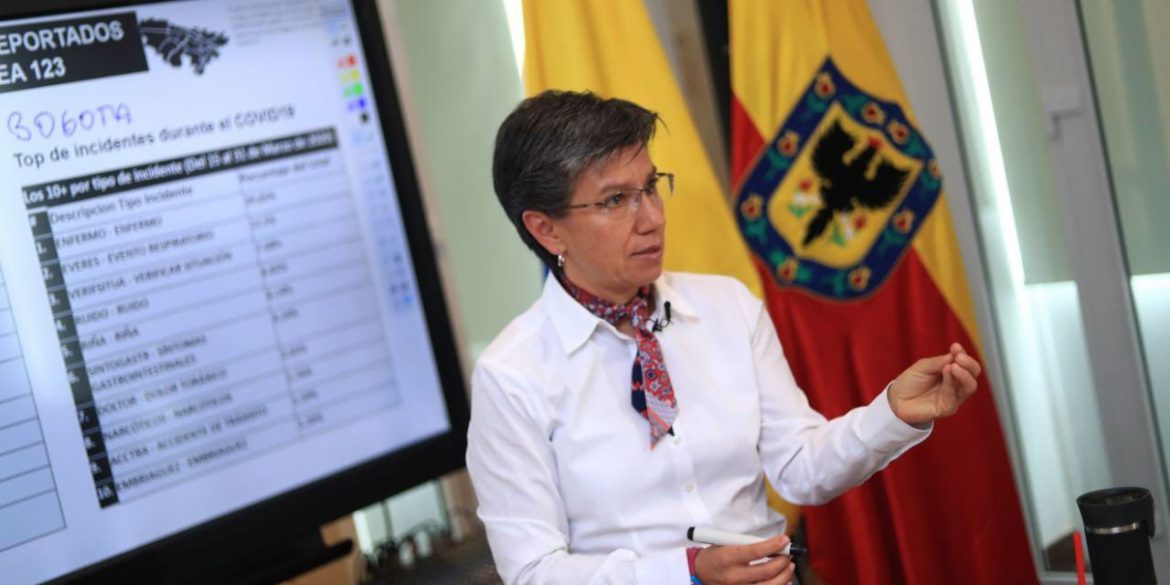 The city’s health authorities will raise its alert level to red once Bogota’s intensive care unit (ICU) occupancy rate has reached 75% as a consequence of the coronavirus pandemic.

At that point Lopez wants to impose a second lockdown to prevent the collapse of the healthcare system, the mayor has said on several occasions.

On Tuesday morning, hours before the mayor was set to meet with national government officials, the ICU occupancy rate had risen to 73.4% from 71.4% the night before.

That is why this week I hope to know what the national government’s plan C is. My plan is, without a doubt, a complete lockdown of 14 days in all of Bogota. This in order for us not to die, if more people are infected there could be many more deaths.

Lopez has been a fierce critic of Duque, and specifically his plan to gradually reactivate economic activity before providing hospitals with the necessary equipment or controlling the spread of COVID-19, the disease caused by the coronavirus.

Health Minister Fernando Ruiz blamed citizens’ “lack of discipline” to curb the contagion, much to the annoyance of Bogota’s mayor, who claimed the government has been irresponsible by, for example, decreeing a tax-free shopping day.

It bothers me that they don’t acknowledge the effort of the citizens. Many here have complied with biosafety regulations. We weren’t the ones who invented the Day Without Sales Tax. And the consequences of that day are yet to be known.

Whether Lopez will be able to declare a second lockdown is uncertain. The government issued a decree earlier this month that revoked the powers of mayors and governors to implement any measures without the authorization of the health ministry.

The Bogota mayor is Colombia’s second most powerful public official after the president. She can always choose to implement measures that would effectively shut down the city.