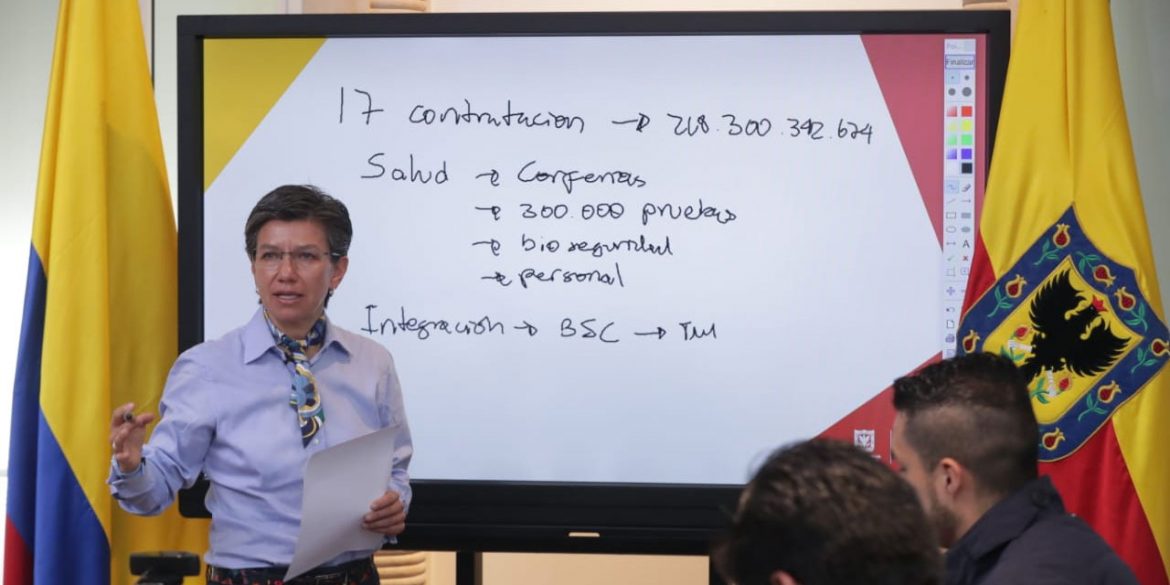 Colombia’s President Ivan Duque cannot count on the support of Bogota Mayor Claudia Lopez to relax the country’s quarantine at the end of this month.

In fact, if Duque would have his way and restrictions on much of the labor force would be lifted, Bogota’s healthcare system could collapse in a month, Lopez told weekly Semana.

“If they force us to open fully on April 27, by May 31 we could have 857 infected people in need of intensive care units (ICUs). `We only have 540 ICUs available,” Bogota’s mayor said. “In other words, we’d collapse the hospitals’ capacity.”

This could result in more than 500 deaths before the end of May in the capital alone, according to Lopez, Colombia’s most powerful official after Duque and a fierce critic of the president.

At the moment I don’t see the conditions to open up.

Duque can do whatever he pleases, but without support

Duque may lift his national quarantine, but no mayor or governor expressed any intention to lift their decrees that were put in place before that of the national government.

They have mainly been trying to distribute food and ramp up their local hospital capacity as the national government’s attempts to do so have been chaotic at best.

“We need an ‘economy for the pandemic’,” said Cali Mayor Jorge Ivan Ospina, who urged a “decentralization of resources.”

“In Medellin and its metropolitan area we estimate that between two and three million people could be infected,” Medellin Mayor Daniel Quintero said on Twitter. “The hardest part is yet to come.”

The coronavirus crisis appears to further weaken Bogota’s grip of the country, especially in areas that have long suffered state neglect and abandonment.

The main hospital in the western Choco province virtually shut down on Saturday after at least three health workers tested positive to the virus.

At least two babies and a 60-year-old woman died in an remote indigenous community in the north of the province where the virus appears to have spread as well.

While mayors and governors have been exercising as much of their powers as possible, indigenous authorities have gone in full self-governance mode, expecting nothing from Duque.