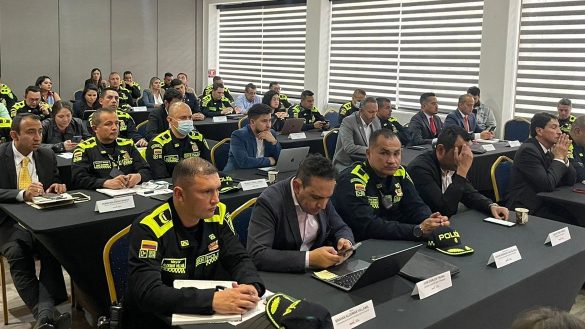 Crime and security in Bogota

Bogota has traditionally enjoyed lower homicide rates than other major cities in Colombia. However, street crime in the capital is among the country’s highest.

The security perception of Bogota’s residents has been relatively low compared to other cities in Colombia.

This is only partly due to the relatively high levels of street crime as an increased insecurity perception in the capital does not always coincide with an increase in victimization.

The criminal activity that affects Bogota’s residents by far the most is armed robbery of which the police reported some 82.000 in 2020.

Bogota’s homicide rate has traditionally been considerably lower than the national average. Also compared to other major cities in Colombia, the capital’s murder rate is one of the lowest.

Most deadly violence in Bogota takes part in the impoverished southern districts of the city. The central districts has the highest homicide rates.

Armed robbery in Bogota has been growing over the years and reached record levels in 2019. The 2020 coronavirus plummeted the number of reported cases, but appears to also have had a long-term effect. Also in the months after the lockdown, reports of armed robberies and other crimes remained low.

Based on the number of robberies per 100,000 inhabitants, the risk of getting robbed in the city center is considerably higher than in the rest of the city.

Extortion is arguably one of the most important revenue streams of illegal armed groups, but almost impossible to quantify in Bogota because of the low number of businesses and individuals reporting the crime to the police.

This is particularly evident in the districts that are further away from the city center where police are considered less reliable.