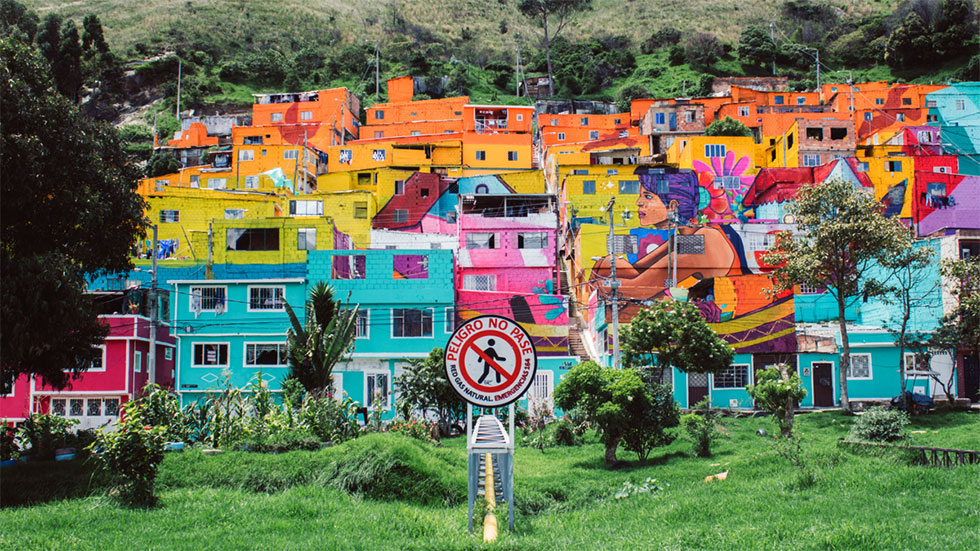 Local graffiti artists and hundreds of neighbors have turned one of the poorest neighborhoods in Colombia’s capital Bogota into arguably the most colorful “barrio” in the country.

The Ink Crew, a street art collective from the capital, moved to “Los Puentes,” an impoverished ghetto in the south of Bogota, and called in the help of community to fix up the grim neighborhood.

Some 870 neighbors, supported by the district administration, joined the initiative and in a rarely seen act of community mobilization turned their neighborhood into a one of the world’s largest murals.

The graffiti artists and their temporary neighbors painted the fronts of 213 homes to create what has now arguably become Bogota’s most beautiful neighborhood. 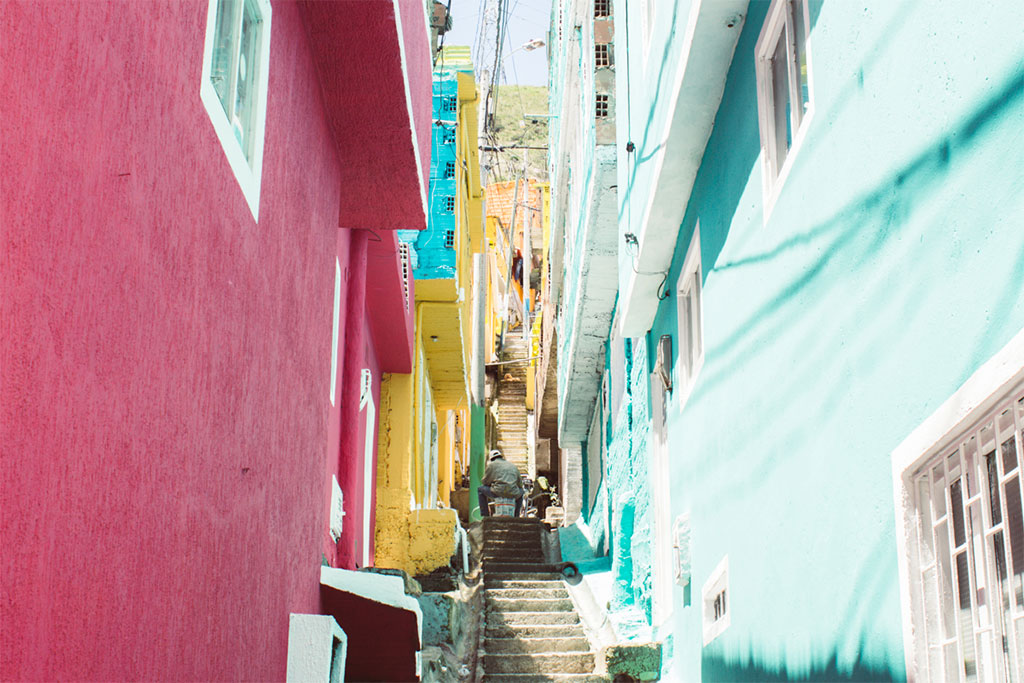 The community and the graffiti artists turned what used to be a depressing ghetto into an astounding piece of art, to the delight of many.

For the graffiti artist, used to painting on plain walls, the hillside neighborhood was an unprecedented challenge.

“It wasn’t flat at usual. We had to play around with diagonals, the slope and perspective ,” graffiti artist Skida told alternative culture website Cartel Urbano. 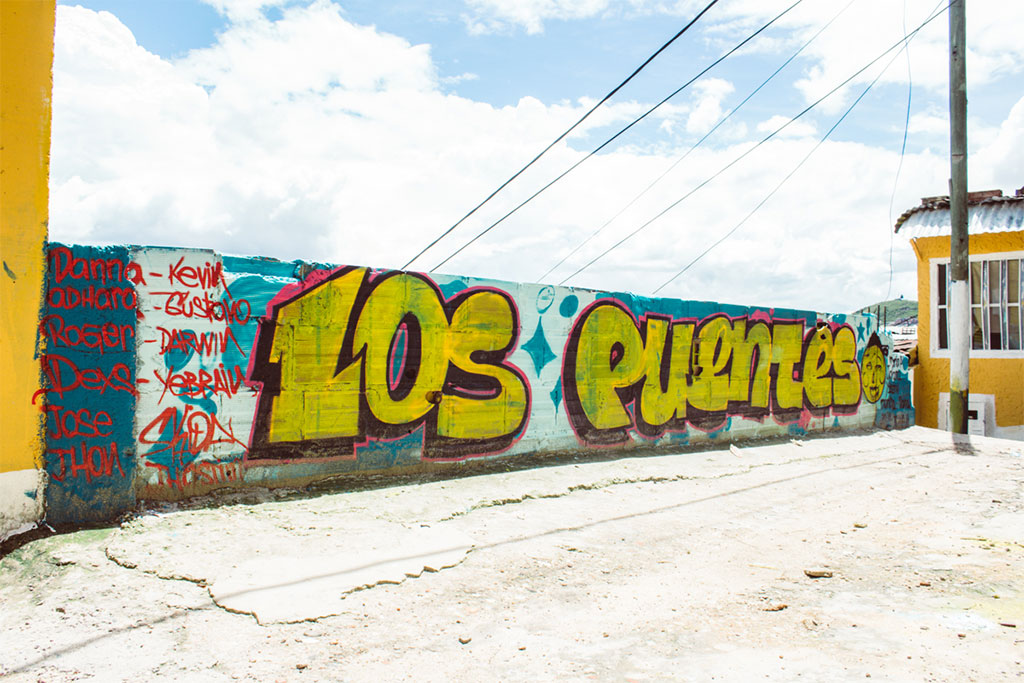 However, after decades of state neglect, the graffiti artists felt it was time the neighborhood itself rolled up its sleeves.

This is about making a community own its public spaces, the project encouraged the appropriation, through art, of these spaces.

The project worked. The neighborhood, from children to pensioners, took up paint brushes and rollers and reformed their once crappy neighborhood into a stunning piece of art they call “River of Life.”