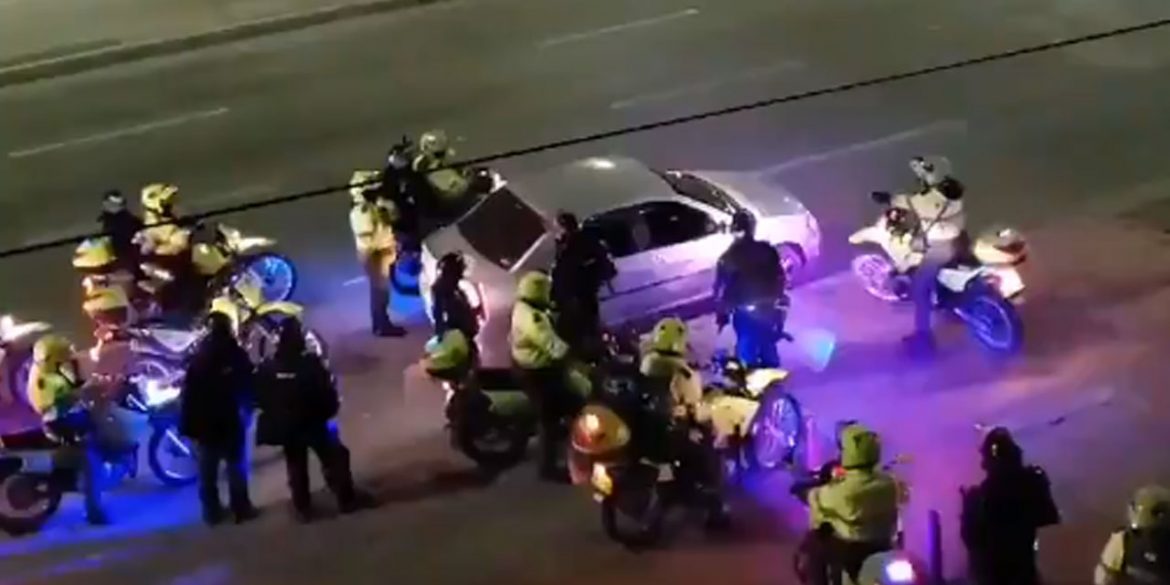 A Bogota student who had been kidnapped by police is severely beaten up but alive, one of the journalists who went looking for the man reported Thursday.

According to journalist Claudia Duque, she was able to speak to to the student after a court ordered the National Police to immediately reveal the identity and whereabouts of the victim.

The student, Carlos Russi, was one of three students who were pushed in unmarked cars by members of the ESMAD riot police unit that was violently repressing a peaceful anti-government protest. 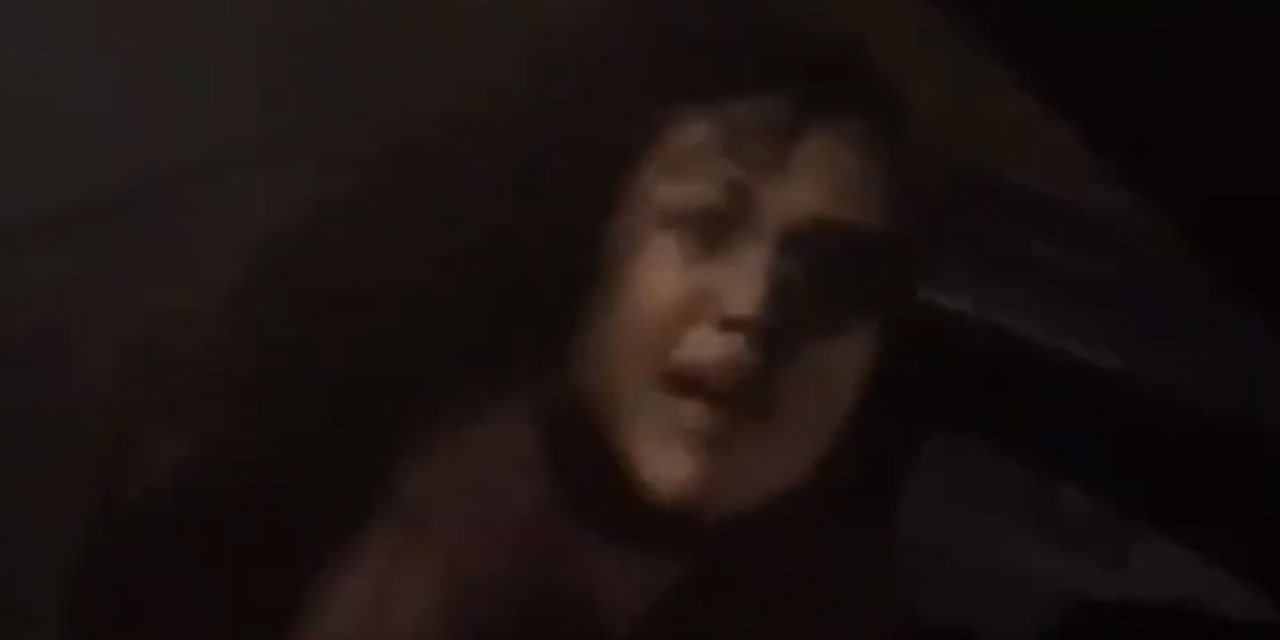 One woman was rescued by civilians almost immediately after the “arrest.” Her boyfriend was found in a hospital hours later. 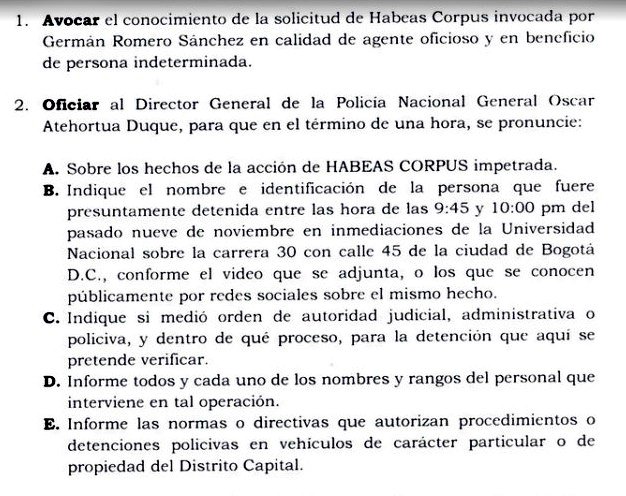 On Thursday, the court gave the National Police one hour to release the identity and location of the disappeared student and surrender the names of all officials involved in his disappearance.

The Police’s forced compliance proved that Bogota Police commander Brigadier General Hoover Penilla had been lying about the identity and the location of the student who, according to Duque, was recovering after having been severely  beaten up.

The students’ kidnapping is the second time since anti-government protests began last month that Penilla has been embarrassed about alleged crimes committed under his command in an attempt to unlawfully repress the protests.

On November 23, officers of the same unit that kidnapped the students violently struck down a peaceful process in Bogota after which police officers allegedly took part in what Mayor Enrique Peñalosa called an “orchestrated campaign to sow terror” in the capital.

Penilla never responded for either the terror sown in Bogota, the murder of a student or the kidnapping of students.