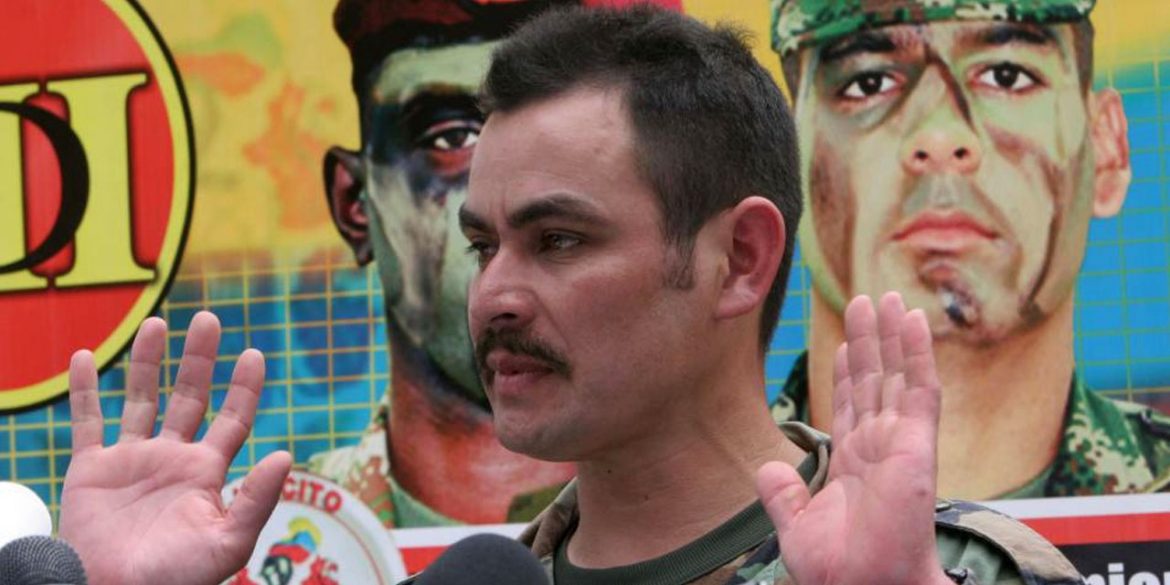 The FARC deserter who killed his commander and revealed the fake demobilization of a FARC front filed a criminal complaint his bodyguards left him unprotected three days before his assassination, according to newspaper El Tiempo.

The reported complaint filed at the local prosecution office in Caldas contradicts claims by the National Protection Unit that “Rojas,” who was murdered on Saturday, had abandoned his bodyguards.

Rojas filed an additional complaint he had received death threats, the newspaper reported Tuesday. El Tiempo previously reported that his girlfriend had said the ex-guerrilla had not received any death threats.

Rojas’ criminal complaint puts the National Protection Unit (UNP) right in the middle of investigation into the homicide of one of the FARC’s most controversial former members.

Three days after Rojas filed his complaint and on the day of his murder, the UNP produced a 13-page report in which the former guerrilla’s bodyguards claimed that the FARC deserter had been without protection since July 16 at his own request.

The bodyguards additionally claimed they had actively been looking for him until the day before his assassination, according to RCN Radio. 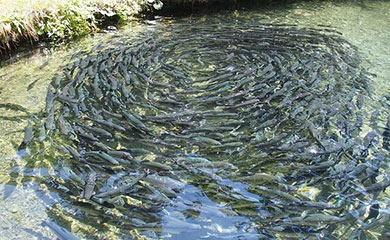 (Image by ESchwartz of Pixabay)

According to El Tiempo, “there are witness testimonies that talk about problems the ex-guerrilla would have had with inhabitants of the area about the water he was using for a fish farm project he had on his farm.”

This unattributed claim introduces adds a third possible motive for the homicide of Rojas, who additionally had enemies within the FARC and in the circle around former President Alvaro Uribe. 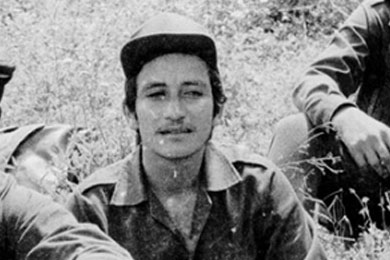 Rojas deserted the FARC in 2008 after killing his superior Ivan Rios,” the commander of the Jose Maria CordobaBloc and a member of the FARC’s former high military command.

Hoping he would receive the promised reward, the deserting rebel cut off the hand of the commander as evidence.

The murder of Rios was a major blow to the FARC, which was having the worst year in the former guerrilla group’s 55-year history.

Earlier that year, the guerrillas’ number two, “Raul Reyes,” was killed in a bombing raid in Ecuador and FARC founder “Tirofijo” died of a heart attack later that year.

Instead of being given the reward that had been put on Rios’ head, Rojas was sent to prison. 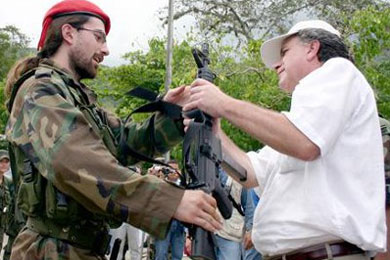 Rojas’ revelation triggered multiple criminal investigations into Restrepo and former FARC commander “Olivo Saldaña,” who had falsely claimed to be the commander of the non-existent FARC front.

Restrepo is believed to have received political refuge in Canada while his court case, according to radio station RCN, is slowly falling apart amid apparent delay tactics.

The radio station reported in May that the arms trafficking charges against Restrepo and Saldaña had expired and were dropped. The prosecutor investigating the case had been transferred and his replacement had not been notified of the case, according to RCN.

Saldaña was sentenced to 20 years in prison in 2012 for the murder of a retired army colonel, but reappeared in Congress with Senator Paloma Valencia of President Ivan Duque‘s far-right Democratic Center party a week after the charges were dropped.

The former guerrilla commander was wearing a t-shirt of the FARC victims federation of Sofia Gaviria, whose family has been sentenced seven times to return land they had dispossessed from victims of forced displacement.

Restrepo continues to be a fugitive; he is still facing charges of conspiracy to commit a crime, embezzlement and fraud, newspaper reported in May.