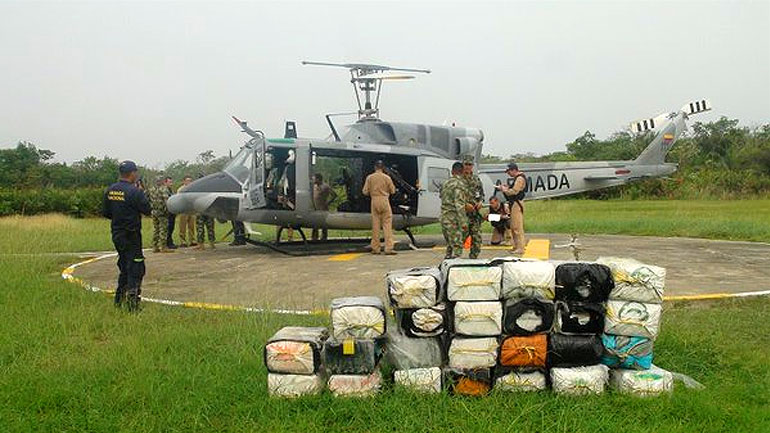 Colombia’s Navy said Sunday it has seized more than 2,000 kilograms of cocaine in the northwest of the country.

According to the military, the major shipment was being shipped onto a vessel that, according to military intelligence, was bound for Central America.

The seizure was made in the municipality of Chigorodo where security forces have been carrying out a major manhunt for “Otoniel,” the leader of paramilitary successor group “Los Urabeños” that run most drug trafficking operations along Colombia’s Caribbean and Pacific coast lines.

The drug traffickers trying to load the cocaine onto the vessel fled when noticing the arrival of the security forces, leaving their shipment behind.

No arrests were reported.

Following the seizure, the drugs were taken to the nearby port town of Turbo.