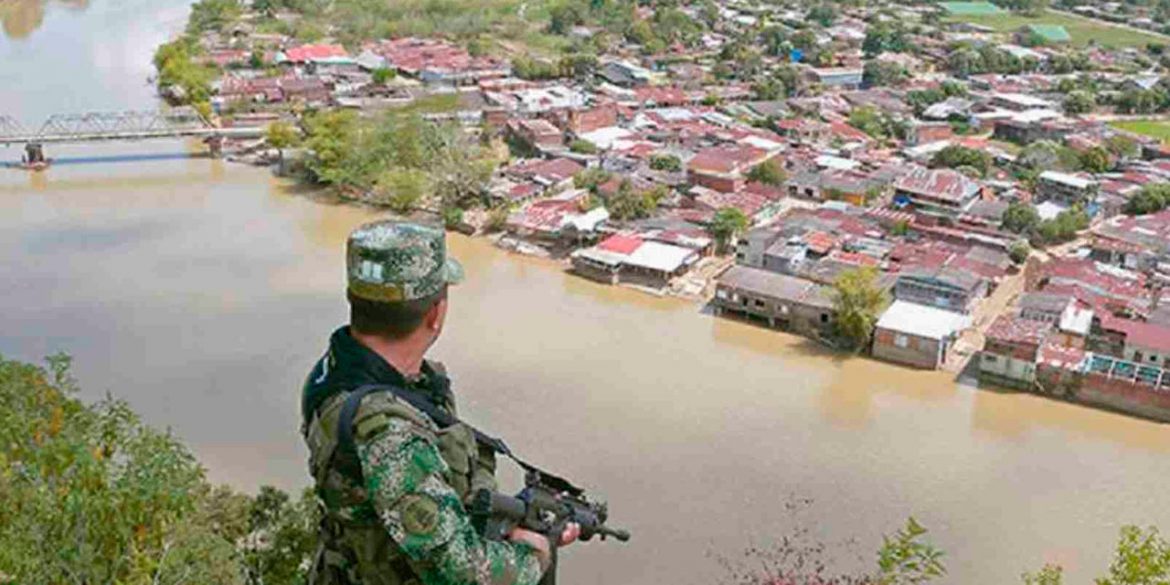 ‘Army in northeast Colombia stigmatizing, threatening and even shooting at civilians’

Increased military and paramilitary activity in the northeast Colombia has worsened the situation of the locals who were already terrorized by guerrillas, according to human rights defenders.

The coca-rich region of Catatumbo has become a melting pot of armed groups of which it has become impossible to distinguish who is fighting who. What is clear is that the locals are in the way of all armed groups, legal and illegal.

While illegal armed groups like the ELN and the EPL put the locals at risk by laying landmines, the military is allegedly using their farms and fields to camp and dig trenches and has shown no interest in protecting the population.

“It’s better you leave. We’re not going to protect you,” soldiers of Rapid Response Force #3 reportedly told farmers in Ocaña. The farmers got the message, packed up whatever they could and left.

Self-proclaimed members of paramilitary group AGC are threatening and extorting shopkeepers in the town of Convencion.

It is unclear what the role is of the 33rd front, the local FARC faction that rearmed during the peace process that began with the group in 2017.

President Ivan Duque on Thursday visited Ocaña and was told by local community leaders how members of the military were stigmatizing them, claiming they were guerrillas.

Duque responded that “no form of stigmatization may be permitted or tolerated,” only to add that “we can also not allow the work of the officers who give their lives for the country to be stigmatized.”

After the military increased the number of troops in the region to 9,000 in an attempt to combat the approximately 1,100 members of the different guerrilla group in the region, the army became the primary human rights violator in the region, according to a report by the Catatumbo Commission for Life, Peace and Reconciliation.

Not only are the soldiers accused of stigmatizing leaders, they have been accused of opening fire at civilians, leaving at least one woman injured.

According to the United Nations, the military has also tried to present murdered civilians as combat kills in the region.

The civilian population is at permanent risk as a consequence of the location of army troops near populated centers and inside farms, in violation of international humanitarian law. For this reason, the communities have been affected by bombings by the National Army in villages such as Carrizal, El Loro, El Cobre and Chapinero. Communities say that in the midst of guerrilla attacks on the army, it responds by firing on the civilian population in the villages.

Since January 2018, more than 266 people have been killed in the region, according to police records consulted by news website Pacifista. Among these victims are 14 assassinated social leaders.

In the hamlet of Cartagenita alone, more than 40 people have been killed of whom it is unclear if they are civilians or combatants.

According to weekly Semana, 29 soldiers have been killed in combat in Catatumbo. Nine of them were shot by snipers who can hit a target from more than a kilometer away.

Twenty-three people, both civilians and soldiers, have been killed by landmines and almost 700 people have been forced to flee their homes.

The locals have lost all confidence in the army as a result of the almost constant human rights violations and harassment by soldiers. The local leaders had warned that this would happen, but neither Duque and the military nor the illegal armed groups seem to care about the plight of the locals.