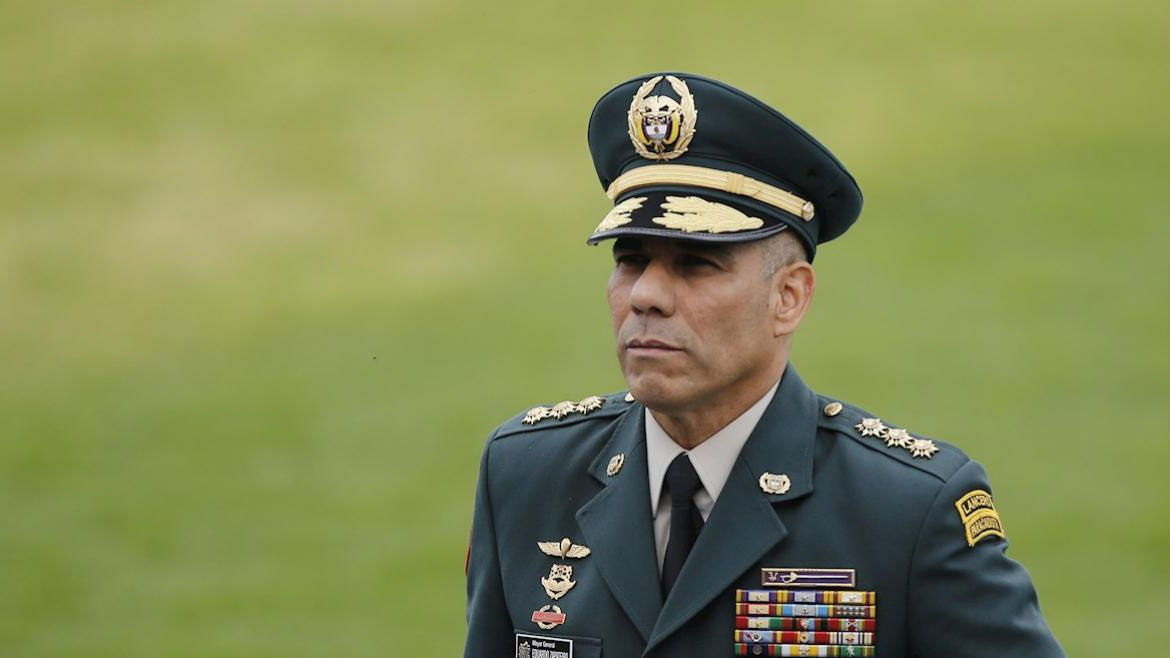 Colombia’s opposition demanded the resignation of the country’s army chief after the general got involved in the presidential election campaign.

Colombia’s constitution explicitly prohibits members of the military from participating in politics.

Members of the Public Force may not vote while on active duty, nor take part in activities or debates of political parties or movements.

General Eduardo Zapateiro’s unprecedented violation of the the constitution was a response to opposition candidate Gustavo Petro, who criticized military commanders’ alleged ties to organized crime.

“While the soldiers are being assassinated by the Clan, some generals are on the payroll” of the paramilitary group that is considered a drug trafficking organization by the United States government, Petro said on Twitter.

The [military] command is being corrupted when politicians tied to drug trafficking are the ones promoting the generals.

Petro referred to the alleged ties between the former commander of the armed forces, General Leonardo Barrero, who was accused by former AGC chief “Otoniel” of being one of the paramilitaries’ drug trafficking associates.

Zapateiro published a series of tweets in which the general accused the Senator of “trying to use the deaths of soldiers for politicking.”

The general additionally revived accusations that Petro received illegal campaign funds, a claim that was discarded by the Supreme Court years ago.

Experts and politicians of different parties said that Zapateiro violated multiple constitutional articles that ban the participation of the security forces in the elections.

This thread of an Army commander criticizing a presidential candidate violates article 127 of the Constitution that prohibits public servants from intervening in electoral politics and, because it is military, it also violates article 219 that states that the Public Force is not deliberative.

Not only was the participation in politics of government officials normalized, but the Armed Forces were politicized. This is not the way!

Senator Roy Barreras, an ally of Petro, said he would formally as Inspect General Margarita Cabello to remove Zapateiro from office after Zapateiro’s unprecedented violation of the constitution.

Without referring to the general, the Inspector General’s Office said Saturday that it was investigating 520 state officials for their allegedly illegal participation in the elections.