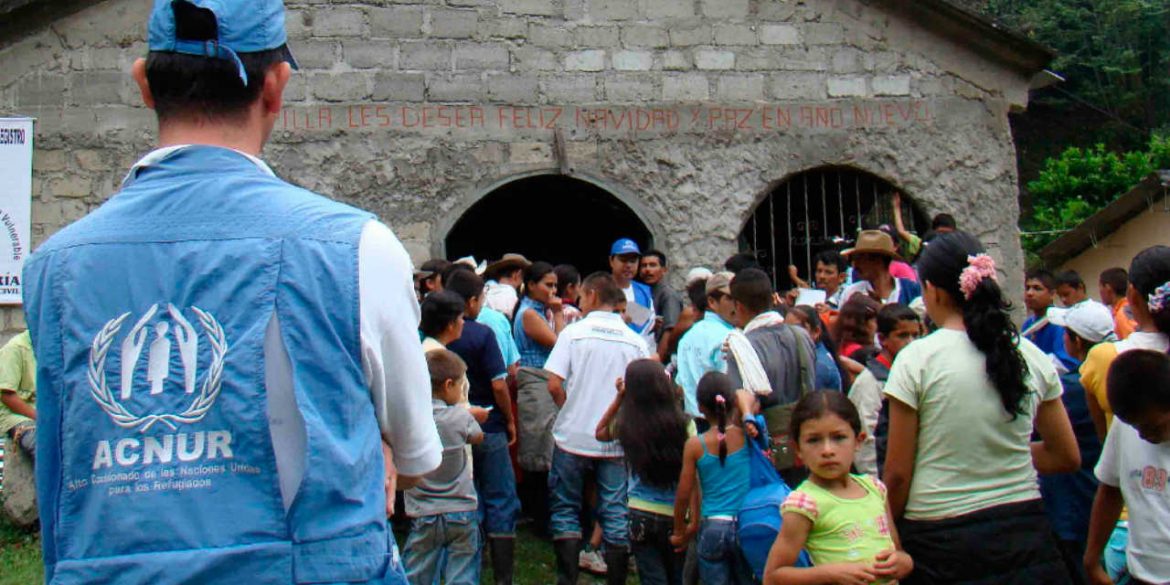 Clashes between AGC paramilitaries, ELN guerrillas and the military have displaced 1,500 people from a coca and gold-rich area in northern Colombia, according to aid organizations.

A third crime group, Los Caparrapos, has also reportedly been involved in the violence that has escalated in the Bajo Cauca region that is located some 80 miles north of Medellin.

According to the Norwegian Refugee Council, which is helping victims of armed conflict in the region, “the clashes between armed groups continue to cause fear amongst indigenous communities and rural populations.”

Bajo Cauca is one of the regions in Colombia that has traditionally been neglected by the state, which has made it attractive for illegal activity like gold mining and the cultivation of coca, the base ingredient for cocaine.

The demobilization of the FARC, until last year Colombia’s largest guerrilla group, spurred clashes between the illegal armed groups that are vying to fill the power vacuum.

Apart from combat in the rural areas, the town of Caucasia — the region’s most important drug trafficking and gold trading hub — has seen tensions between the AGC and the Caparrapos.

Colombia’s security forces have come under fierce criticism for failing to provide security in regions like Bajo Cauca after the demobilization of the FARC.

The United Nations, which monitors the peace process with the former guerrillas, said last week that homicides in Bajo Cauca have gone up 225% since the demobilization of the FARC.

In order to unravel the skeins of violations in Bajo Cauca, and thus be able to guarantee the restoration of rights of communities and peoples in their territories under decent living conditions, we recommend that the development of a strategy to be adopted begins with an analysis of factors such as: corruption, poverty, lack of political participation and lack of access to basic services in the area. In addition, the State must take into account that the implementation of such a strategy must be sustained in the long term and achieve coordination between local, departmental and national authorities.