Archaeologists have discovered a pre-Columbian town in central Colombia, recovering tons of archaeological evidence of which some dates as far back as 900BC, sponsor EPM said Friday.

The site was initially found when EPM, a public-private energy company, did soil research while planning the construction of an energy network in the municipality of Soacha, just southwest of the capital Bogota.

According to EPM, the archaeological site is the biggest ever found in Colombia, measuring some 4.9 hectares, and allows scientists to understand how now-extinct indigenous tribes lived.

“The relevance of this finding lies in the information contained in the settlement patterns, the architectural and agricultural development of the societies that lived on the central high plans of Colombia and, in general, about demographic aspects in pre-Hispanic times,” archaeologist John Alexander Gonzalez told EPM, that paid for the $7.5 million operation.

The findings have already challenged existing theories on pre-Columbian life as the village shows that tribes living around what is now Bogota kept settlements in tact for hundreds of years in an era called the “Herrera period.” Until now, historians assumed the natives had a more nomadic lifestyle.

According to the involved archaeologists, the remains found at the site dated from 900BC until approximate 1500AD when most indigenous groups died amid a violent Spanish colonization of territory belonging to the ancient Muisca people.

The archaeologists found numerous pieces that are in a good enough condition to be displayed in local museums. Some 90% of the approximately 20 metric tons of archaeological material will be used for scientific research.

Photos from the archaeological site 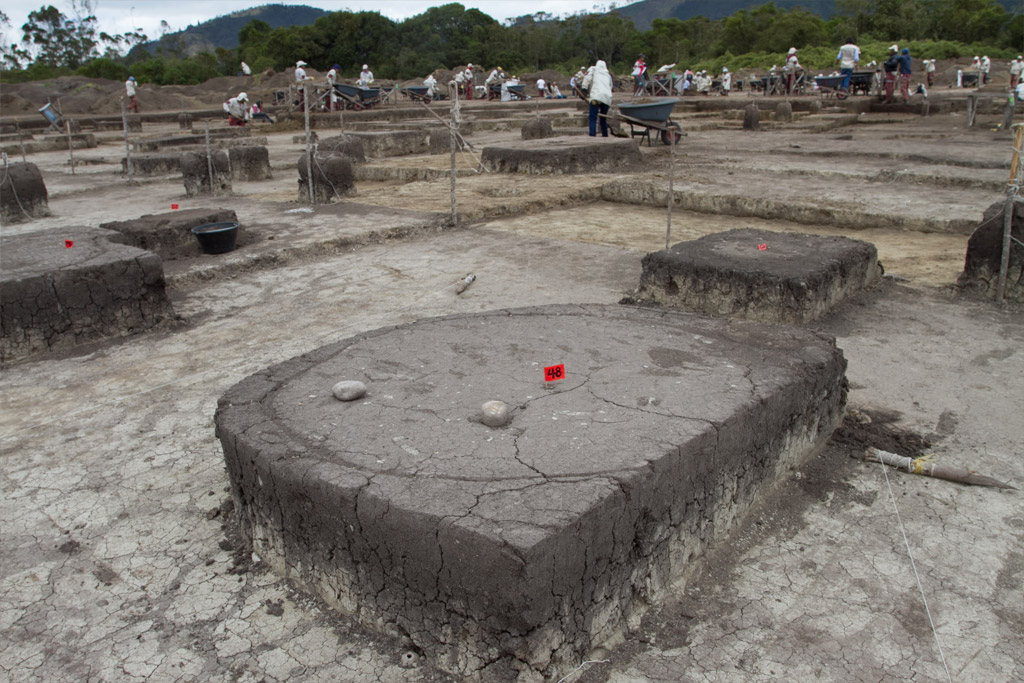 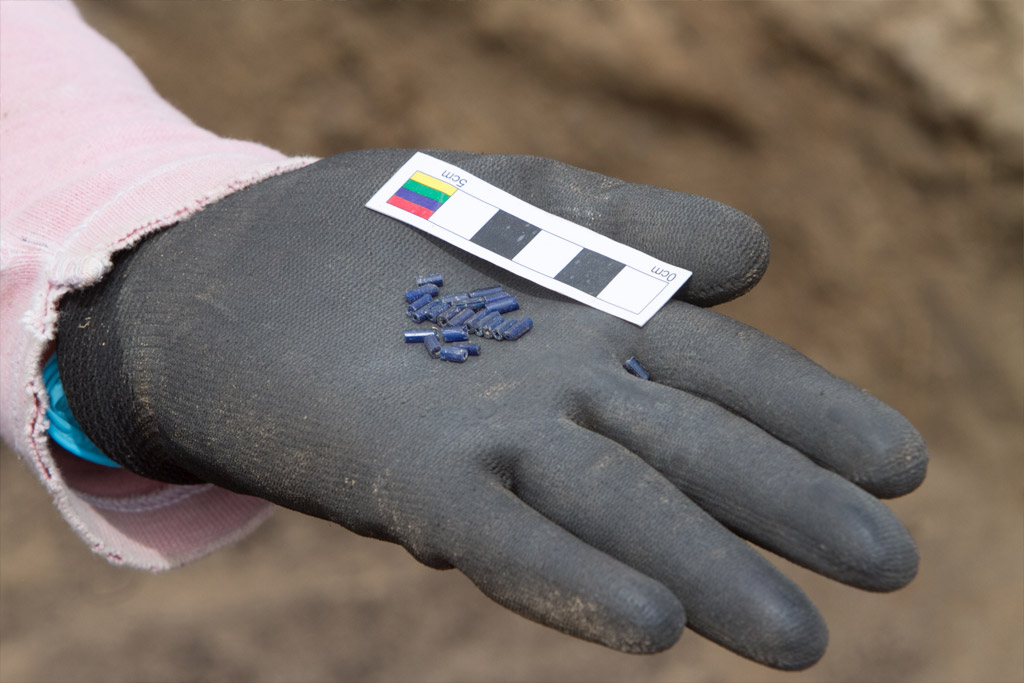 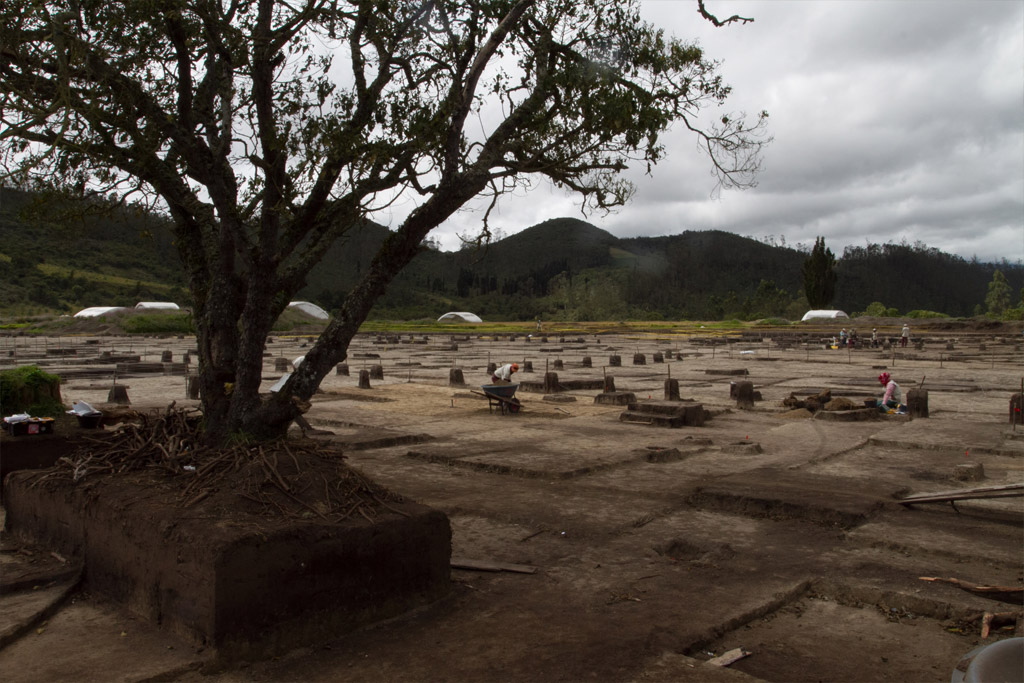 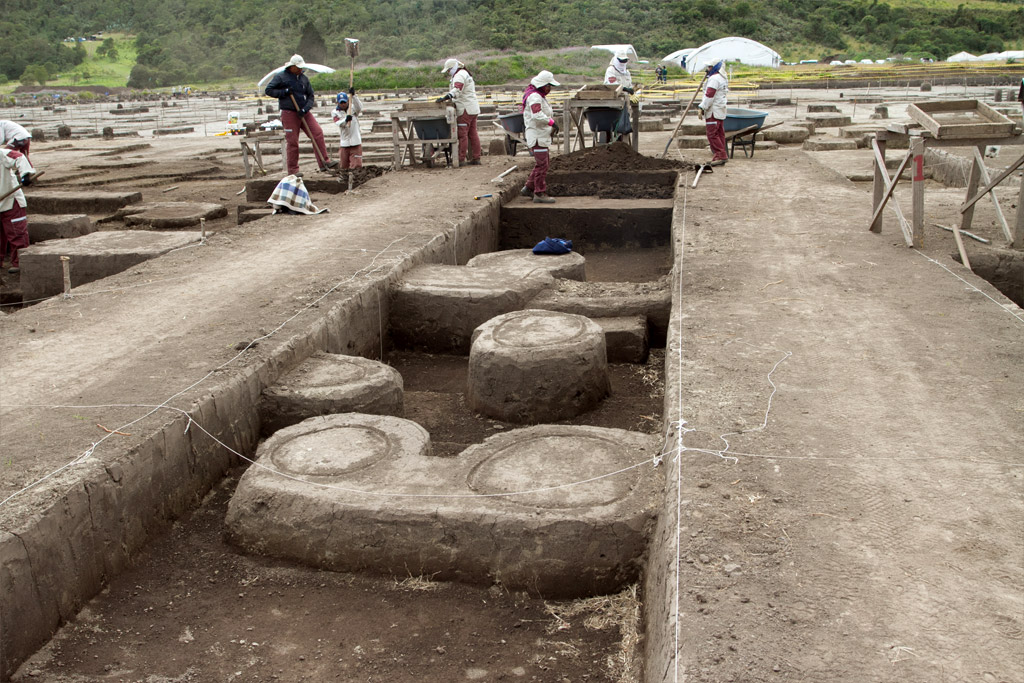 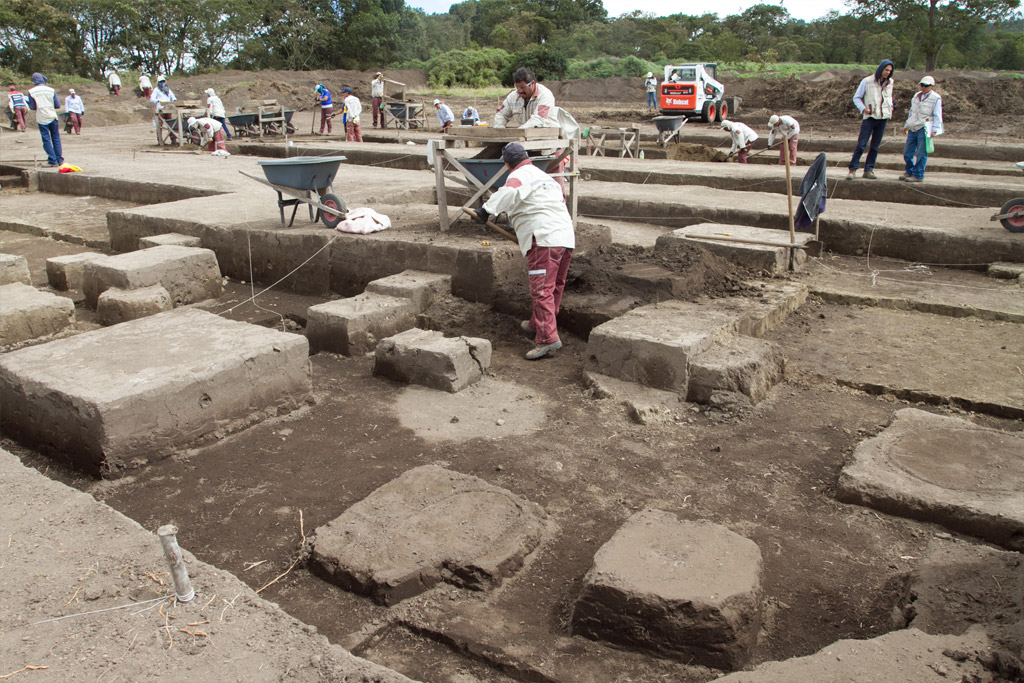