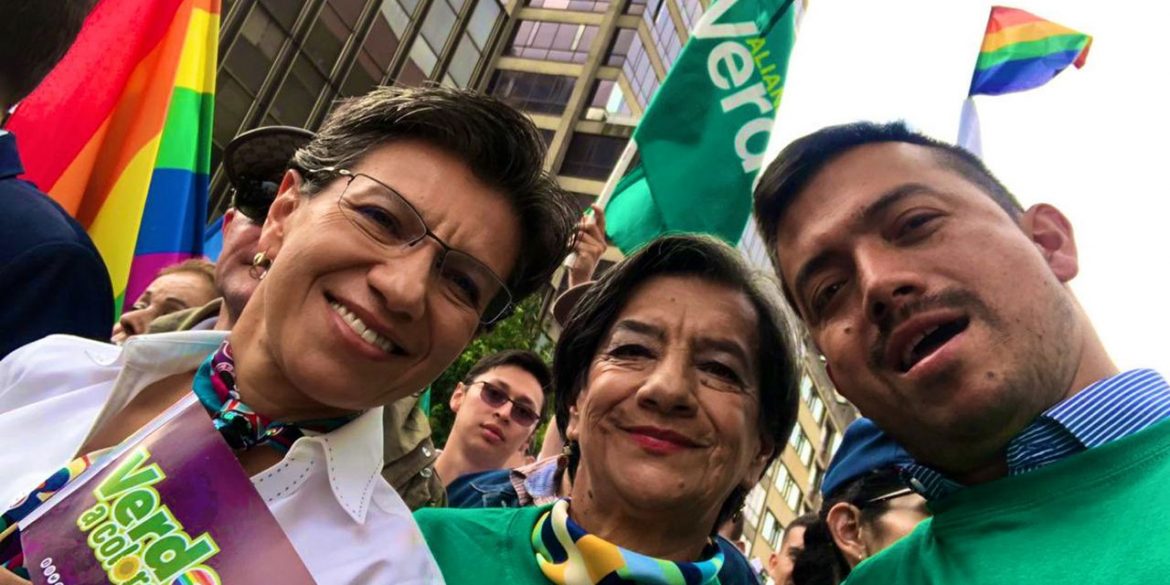 One of Colombia’s leading anti-corruption advocates is on her way to become the first gay mayor of the capital Bogota, according to multiple public opinion polls.

A poll that was published on Monday by pollster T&SE showed that former Senator Claudia Lopez (Green Alliance) to be the front-runner in the race with an impressive lead.

Some 35% of respondents said they would vote for Lopez, with her opponents polling at 9.2% or less.

These results reflect the same poll conducted by the CNC earlier this month, in which Lopez held a 32% lead.

Neither poll held the coalition with leftist candidates who last week expressed their support for Lopez into account.

Lopez has been an avid supporter of criminal justice reform and in Bogota runs a platform largely focused on strategies to reduce the capital’s exorbitant crime rates.

Lopez frequently advocates for the expansion of sustainability infrastructure, public transportation, and land conservation, and has released comprehensive policy proposals for each.

The centrist former senator briefly ran for president in last year’s elections and was fiercely critical of President Ivan Duque and the left-wing candidate Gustavo Petro.

While still in the senate, Lopez spearheaded a campaign that sought to force Congress to adopt anti-corruption measures through a referendum that failed to meet the threshold in August last year, but received more votes than Duque.

After her senate seat was threatened in 2014 due to her relationship with Senator Angelica Lozano, Lopez became a figurehead for LGBT rights in Colombia. She was a fierce proponent for equal adoption rights for same-sex couples, and has been outspoken about the discrimination against the LGBT community during her time in Congress.

Before entering politics, Lopez led a career as a political analyst and researcher. Her investigations into politicians with ties to paramilitary groups helped end the political career of more than 60 congressmen since 2006.

Colombia will take to the polls in October this year. If Lopez wins, she would be the first openly gay mayor of Colombia’s capital.