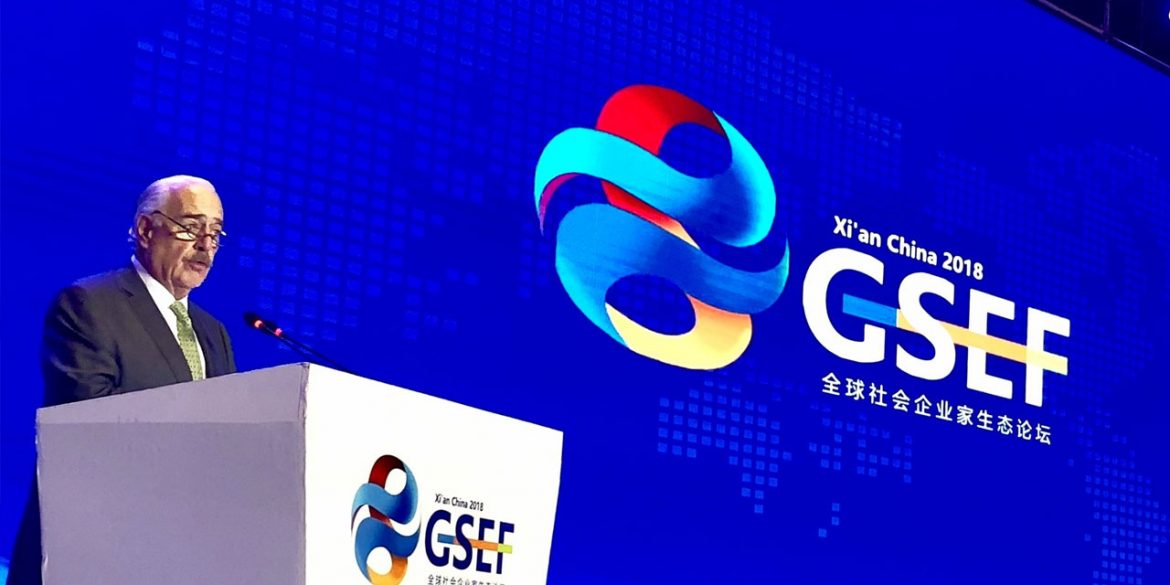 Andres Pastrana is a former journalist and a Conservative Party politician who served as president of Colombia from 1998-2002.

Pastrana was born into one of Bogota’s conservative dynasties on August 17, 1954.

His father, Misael Pastrana, was a former president himself, having served in office between 1970 and 1974.

As a high school student, Pastrana organized famous walks through the streets of Bogota in support of youth programs, in which thousands of people participated.

He graduated in law from the Colegio Mayor Nuestra Señora del Rosario in Bogota in 1977, and studied international law at Harvard University the following year as a Weatherhead Center for International Affairs fellow.

Pastrana began his professional career as an award-winning journalist. He co-founded and directed a magazine called the Guion Review in 1978, and in 1979 he founded the Hoy television news program. As a political anchor on this program, he became a nationally known figure.

In 1988, Pastrana was kidnapped by the Medellin Cartel and held for seven days until being rescued in Antioquia. The kidnapping was an effort by the cartel to pressure the government not to extradite drug lords, most notably Pablo Escobar, to the United States.

Later that year, following the kidnapping, Pastrana was elected Mayor of Bogota, a position he held until 1990. As mayor, he led successful citizen security campaigns that lowered the crime rate in the city, implemented drug addiction programs, and efforts to provide drinking water to the poorest areas of the city, among other initiatives.

However, his tenure was also marked by increased attacks at the hands of the drug cartels to influence non-extradition measures. In his two years as mayor the city suffered 130 attacks.

Months after his tenure as mayor ended, Pastrana created the New Democratic Force, a political movement through which he was elected to the Senate in 1991.

In 1994, Pastrana ran for President as a Conservative Party candidate, losing in the second round of elections by two points to Liberal candidate, Ernesto Samper.

Immediately after losing, he accused Samper of using drug money funneled from the Cali cartel to finance his campaign. He provided audio recordings to support his claims, resulting in national attention on the scandal, which would become known as the 8,000 Process.

As the investigation was carried out Pastrana retired into private life until running for president again in 1998.

His second attempt at winning the Presidency proved successful as he beat out Liberal Party candidate, Horacio Serpa in the second round of elections.

Pastrana’s tenure as president is most remembered for his failed attempts at peace with the Marxist FARC rebel group, which has ruined his political legacy.

The former president also signed the controversial “Plan Colombia” with his then US counterpart Bill Clinton in 1999.

Despite his efforts at peace, violence in the country escalated to the point the country was nearly declared a failed state.

This violence was not just caused by guerrillas, but also by increasingly violent paramilitary groups organized as the United Self-Defense Forces of Colombia (AUC) who were working together with the military of which Pastrana was the commander-in-chief.

Pastrana eventually cut off peace talks with the FARC in January, 2002.

Despite his rocky history with his successor, Alvaro Uribe (2002-2010), Pastrana was appointed ambassador to the United States in 2005.

He would however resign from this post in 2006 after Uribe appointed Pastrana’s former political enemy, Samper, ambassador to France.

Pastrana aligned with his successor again ahead of a peace accord with the FARC negotiated by President Juan Manuel Santos in 2016.

Pastrana resigned from the Conservative Party the year later after failing to convince his fellow conservatives to oppose the historic deal.