Almost half of ELN’s forces are in Venezuela, Colombia’s military claims

Almost half of the members of Colombia’s last-standing guerrilla group ELN are in Venezuela, according to the commander of Colombia’s armed forces.

General Luis Fernando Navarro made the extraordinary claim in the Caribbean city of Cartagena, where he presented the military’s results in combating illegal armed groups.

An anonymous source from within the military told French news agency AFP that the guerrilla group would have around 2,300 guerrillas and an extensive support network.

Earlier this year, the military said it estimated that the group had some 3,000 members.

“Pablito,” the most radical of radicals 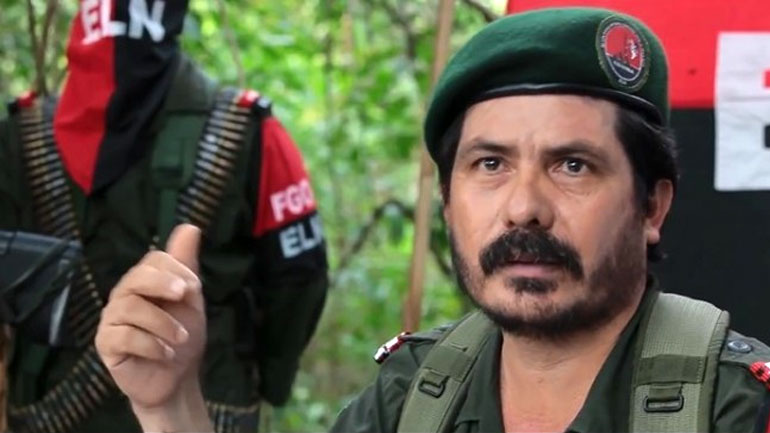 Among the guerrilla members in Venezuela is allegedly “Pablito,” one of the guerrillas’ most hard-line commanders who allegedly orchestrated a terrorist attack in the capital Bogota in January which cost 22 lives and injured dozens.

Pablito is the commander of the Eastern War Front that is active in the east of Colombia and along the Venezuelan border.

The feared ELN chief, who has allegedly opposed peace talks with the government, would be hiding in Apure, a Venezuelan state north of the border of the Colombian Arauca province.

Most top ELN commanders have been stuck in Cuba since January after President Ivan Duque ended peace talks and refused to allow the peace negotiators to reunite with their troops, in violation of international agreements.

According to the International Crisis Group, the ELN has been taking advantage of ongoing chaos and lawlessness in Venezuela to expand its activity in gold mining operations in the southern jungles of the country and has expanded its presence to the east of the neighbouring country.

The ELN operates in at least thirteen out of Venezuela’s 24 States, while several of its leaders live in Venezuela. According to Fundaredes, a Venezuela-based NGO, the ELN controls radio stations, influences school curriculums and is closely connected to local politicians.

The ELN has been active in Venezuela since the 1990s, which allegedly increased after the 1999 election of late President Hugo Chavez, who was ideologically aligned with the Colombian guerrillas.