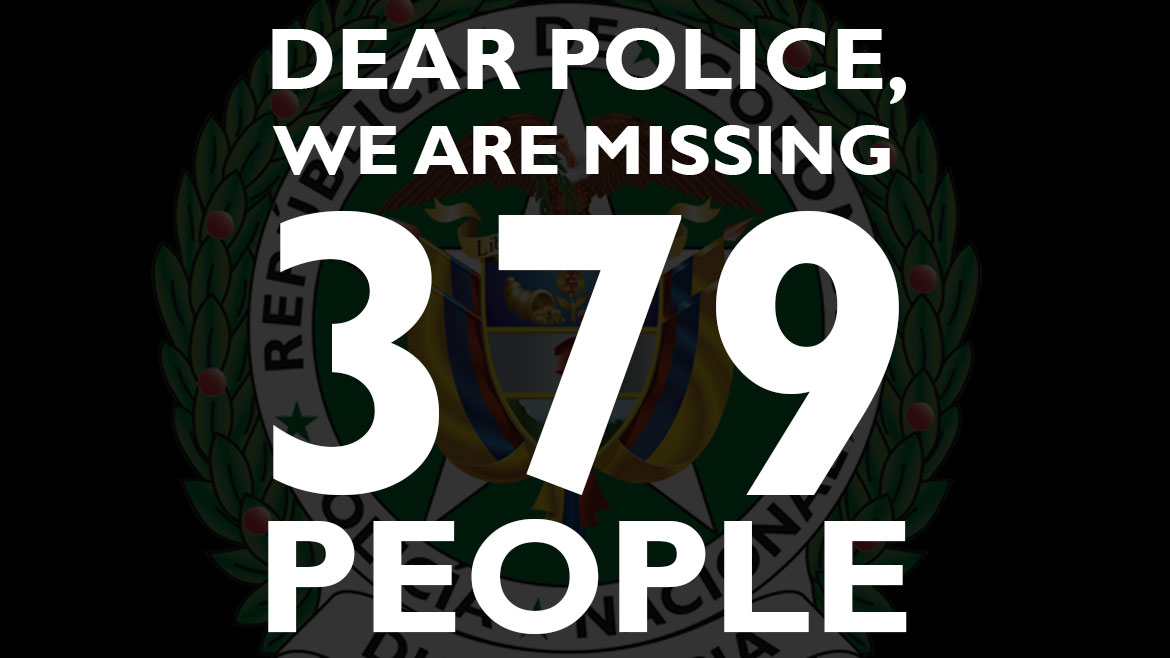 The missing persons unit of Colombia’s transitional justice system raised the alarm on Thursday that 379 participants in anti-government protests of the past week have gone missing.

The Missing Persons Search Unit that is part of a transitional justice system came to the alarmingly high number after cross-referencing the databases of some 26 organizations.

The number presented by the president of the search unit, Luz Marina Monzon, dwarfs the 38 missing persons allegedly registered with Prosecutor General’s Office and the 87 reported by the Ombudsman’s Office.

The Search Unit, within the framework of its competencies and as a transitional justice mechanism, must search for persons who disappeared during the armed conflict, but it must also ensure the non-repetition of events that were part of the armed conflict, such as the disappearance of persons.

Ombudsman Carlos Camargo came under fire over the weekend over his failure to respond to the flurry of complaints of gross human rights violations committed during anti-government protests that began on Wednesday last week.

Most of the deaths are attributed to the security forces that on some occasions opened fire on protesters in their attempt to crack down on them.

Vivanco also released a video of a tank shooting projectiles at protests and demanded explanations of Defense Minister Diego Molano.

The surge in human rights violations by the security forces has been fiercely condemned both in Colombia and abroad.

Foreign Minister Claudia Blum tried to defend her embattled government, claiming that a blistering report by the United Nations’ human rights office “seriously damages the confidence between the government and the office.”

Blum may as well talk to a wall as her far-right government’s increasingly dictatorial behavior has all but isolated her internationally.

Duque has been struggling to obtain public approval since taking office in 2018, but has fueled anti-government sentiment and protests to levels not seen in decades in its attempt to use violence to quell protests.