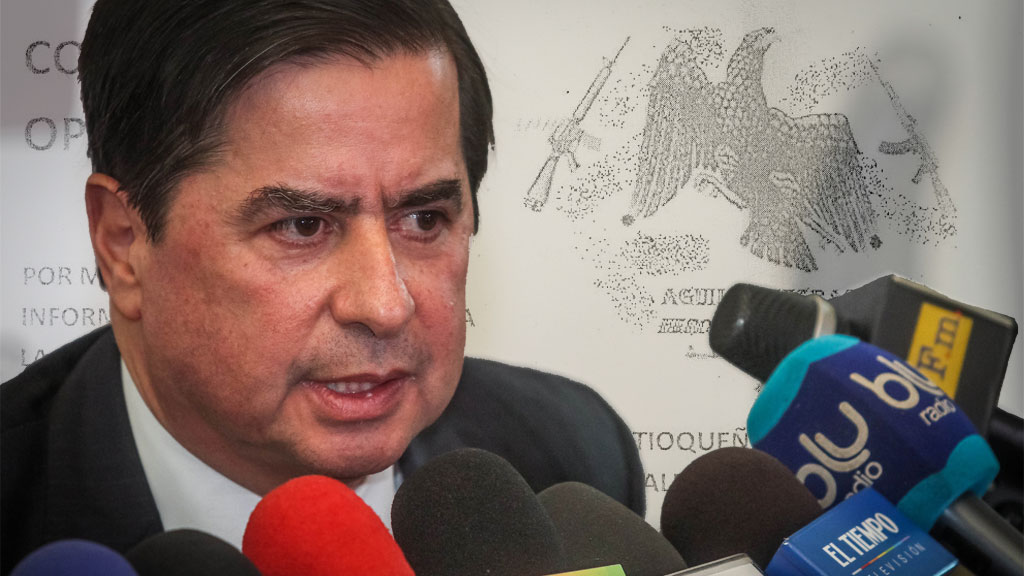 Colombia’s Minister of Interior said on Tuesday that neo-paramilitary group “Aguilas Negras” does not exist and that death threats sent in the name of the group are authored by “enemies of peace.”

Interior Minister Juan Fernando Cristo have reacted to the new series of death threats against a group of human rights activists and “sympathizers of the peace process” that shook the Colombian political scene in the past days.

Written in poor Spanish, the message warns its recipients that “they are being tracked […] as military objectives,” before adding “we are going to end with you once and for all.”

Several of the people in the list, including the Polo Democratico senator Ivan Cepeda, former Senator Piedad Cordoba, human rights defender Martha Diaz or lawyer Jose Humberto Torres have denounced the threats and put pressure on the government to investigate the case as soon as possible.

In response, the Government called for an extraordinary session with the Prosecutor General’s Office and the Police representatives on Wednesday to determine the men behind the pamphlet.

In a statement on Tuesday, Juan Fernando Cristo, somewhat surprisingly, declared that “the ultra-right or ultra-left organizations, the enemies of peace, are using the name of the extinct illegal armed group Aguilas Negras in order to intimidate the sympathizers of peace.”

“The new death threats are signed by the Aguilas Negras, but as the organization does no longer exist in Colombia, we have to establish who is really behind the menace,” continued Cristo at the press conference.

Did Aguilas Negras ever exist?

It is hard to understand why the government official claimed with such conviction that the criminal organization is in fact no longer present in Colombia.

Of all neo-paramilitary groups active in Colombia, the Aguilas Negras is arguably the most mysterious and the most political.

Authorities and experts assume there is no central leadership over several groups operating under the name of Aguilas Negras, that was the first to publicly issue death threats to human rights and labor rights organizations after the demobilization of the AUC between 2003 and 2006.

Since then, the activity of the organization focused predominantly on death threats, and as such it hasn’t waned. Only in October last year,  the group sent a death threat to 99 human rights workers and politicians, while praising Colombia’s “best-ever president,” Senator Alvaro Uribe. In February 2014, the same organization issued a “social cleansing” pamphlet to schoolchildren in the Colombian capital, Bogota.

Despite a number of high profile arrests of the Aguilas Negras leaders performed by the government over the past years (including the capture of one of the alleged founders of the organization, “Don Mario,” in 2009), no central leadership means the group is hard to contain and dismantle.

In that sense, the Aguilas Negras seems to function as more of a criminal franchise, or a trademark used by various delinquents associated with extreme right in order to terrorize their political opponents.