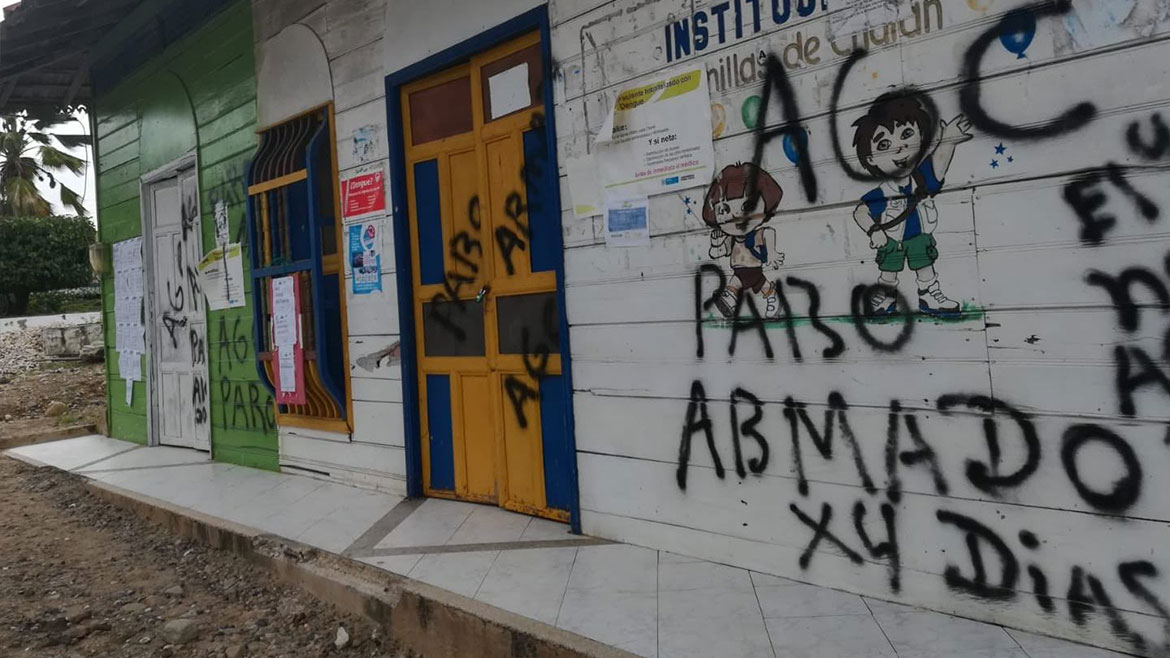 AGC graffiti announcing the lockdown of a rural school.
War and peace

Government blasted for failure to protect civilians in besieged regions

Among the fatalities were two members of the security forces, the prosecution of war crimes tribunal JEP said Sunday.

The paramilitaries allegedly carried out another 15 assassination attempts as they enforced a lockdown in regions under their control.

In total, the AGC carried out 309 attacks against the civilian population in 11 of Colombia’s 32 provinces where the paramilitaries imposed their “armed strike.”

According to the JEP’s prosecution, the paramilitaries affected public life to different levels of extent in 178 of Colombia’s approximately 1,100 municipalities.

At least 138 communities were allegedly confined to their homes as paramilitaries threatened to kill anyone who disobeyed their lockdown orders.

The AGC’s associate gangs in the northern and western peripheries of Medellin, Colombia’s second largest city, enforced the “armed strike” in neighborhoods under their control. 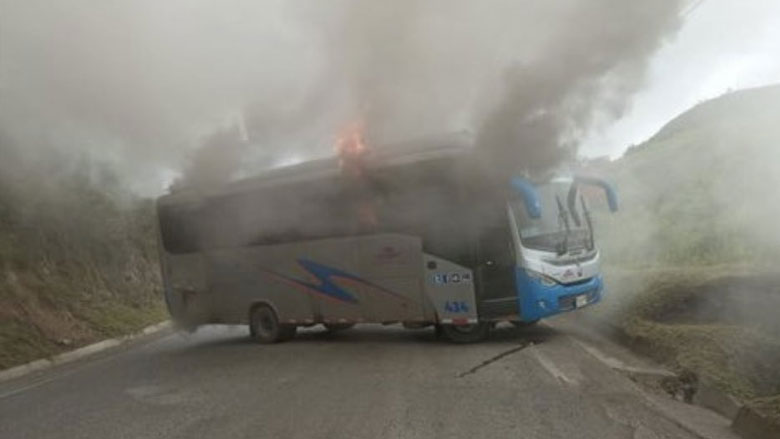 Paramilitaries incinerated at least 118 vehicles and erected 26 roadblocks between Thursday and Sunday, according to the JEP’s prosecution.

Large parts of northern Colombia were disconnected from the rest of the country as more than 50 bus companies canceled transport services.

Ten radio stations shut down in response to paramilitary threats. At least 15 were threatened, according to press freedom organization FLIP.

Receiving information from locals was virtually impossible as many were too afraid to talk to the news media.

With the exception of Peque, all alleged attacks on police took place in the Uraba region, the paramilitary group’s home turn.

Response from the security forces

President Ivan Duque pretended to be responding to the terror campaign on social media Twitter with a video that showed 26 soldiers jumping in the back of five trucks.

Despite the crisis, Duque traveled to Central America to attend the inauguration ceremony of his Costa Rican counterpart Rodrigo Chaves.

General Jorge Luis Vargas, the director of the National Police, has been in Washington since Wednesday when he accompanied former AGC commander “Otoniel” while being extradited to the US.

According to the National Police, 71 alleged members of the AGC, which is called the “Clan del Golfo” by the authorities, were arrested for allegedly trying to enforce the lockdown.

Civilians caught and assaulted two alleged paramilitaries in the Caribbean city of Barranquilla for allegedly trying to set fire to a bus. 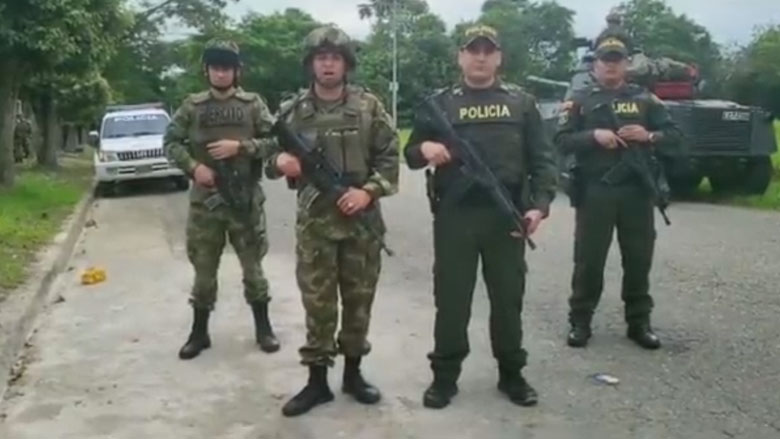 Soldiers and police announce their presence in a rural part of Cucuta in response to an attack.

General Oliveiro Zapateiro, the commander of the National Army, accused social media users and news media of “amplifying” the “isolated actions” of the AGC.

Zapateiro and Defense Minister Diego Molano spent the past days organizing “security councils” in towns in the regions that were affected by the paramilitary show of force.

The intensity of the terror campaign reduced significantly on Sunday as security forces that appeared to have retreated after Thursday returned to the streets, independent television program Noticias Uno reported.

Support from the security forces?

The authorities’ apparent failure to respond to the lockdown revived long-standing accusations of ties between the AGC and corrupt elements within the security forces.

Monsignor Juan Carlos Barreto, the former bishop of Quibdo, reiterated accusations that the AGC receives support from the security forces in Choco and Antioquia that were almost entirely shut down.

Authorities regularly arrest members of the National Police, the National Army and the prosecution on claims they would be tied to the AGC or smaller paramilitary groups.

Retaliation for extradition of former commander 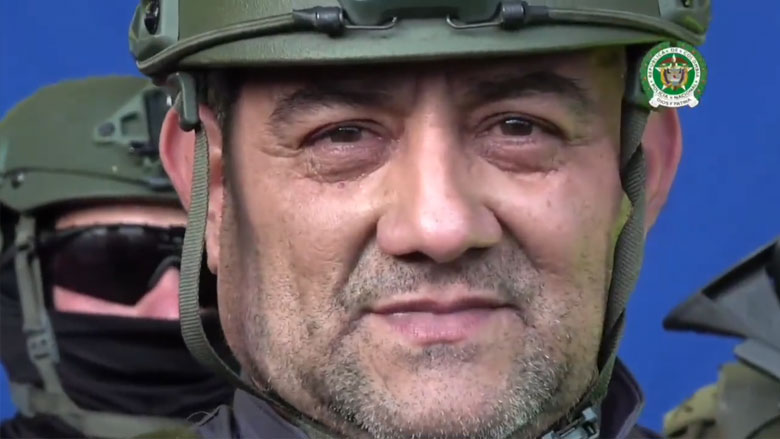 The paramilitaries announced the terror campaign in retaliation for the extradition of Otoniel” to the United States.

The former commander of the AGC was surrendered to US authorities after the security forces turned the extradition into a media show.

The caravan that transported Otoniel took 40 minutes to drive the three miles from the headquarters of police intelligence unit DIJIN to Bogota’s military airport in Bogota.

The extradition was opposed by victims of the armed conflict who wanted the AGC chief to be tried for crimes against humanity instead of drug offenses.

The US Embassy in Bogota has insisted that Otoniel’s extradition would allow justice for the AGC chief’s victims “in both countries.”