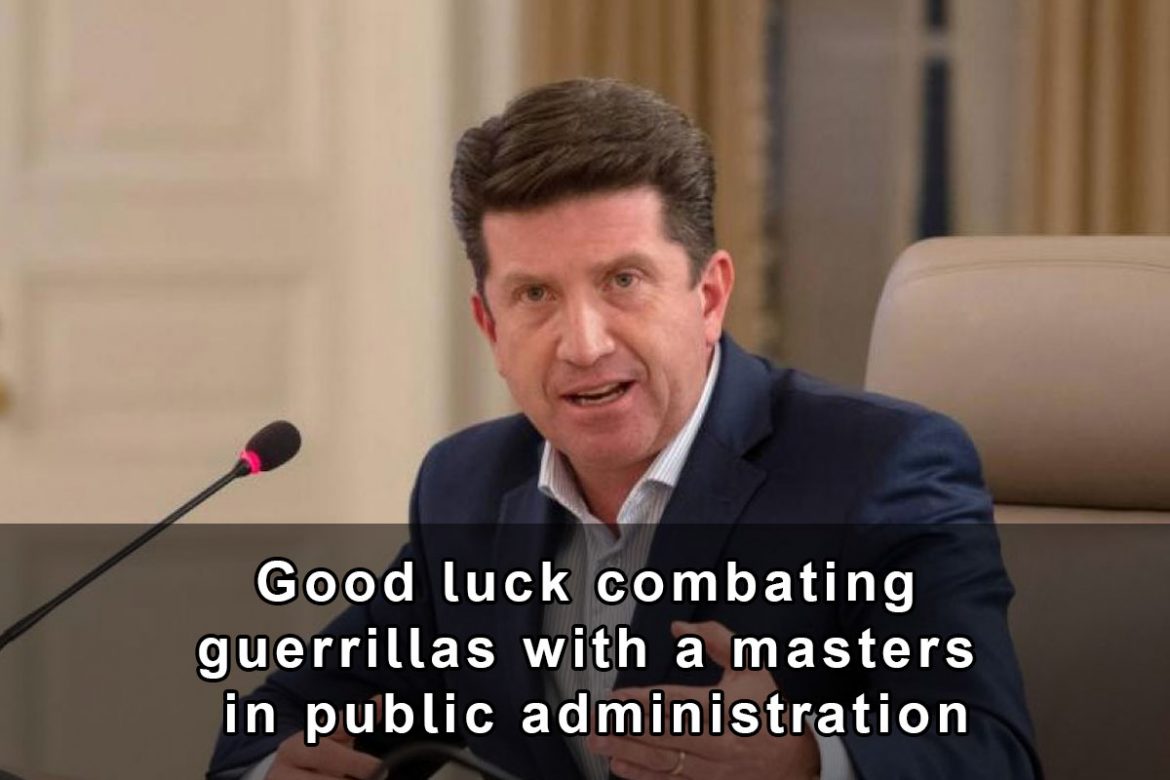 After calling everyone a terrorist, Colombia’s new defense minister will now confront ELN

This may be a bit of a problem, because not only are the ELN actual terrorists, they also have more than 50 years of experience in guerrilla warfare and could be stronger than ever.

Molano is a business administrator with a specialization in international relations and a master in public administration.

The guerrillas must be terrified now that they’re confronted with such a worthy adversary.

Fortunately for the ELN, the new defense minister will be confronted with a reality so terrifying he may want to pretend he will not be beaten to pulp by the time he is allowed to run back to his mother.

Late Defense Minister Carlos Holmes Trujillo’s fixation on the forced eradication of coca cost the security forces so much human resources that virtually no soldier was left to fight the dozens of FARC dissident groups that have emerged.

Paramilitary groups like the AGC and their international drug trafficking associates have flooded the globe with cocaine while corrupting the security forces to the point they have become virtually useless.

I may not be a pussy like Molano, but even I was terrified when I saw that the number of arrested ELN suspects dropped in half over the past year, voluntary demobilizations dropped 22% and combat kills reached an impressive low of 23, according to the Defense Ministry.

While the ELN’s most experienced commanders were sunbathing in Cuba, maybe even trying to get a manicure as immaculate as that of the new defense minister, their guerrilla group has become stronger than it may ever have been before.

The ELN have expanded their presence to almost 15% of Colombia’s territory. The guerrillas will likely have Molano in a fetal position within months.

Colombia will somehow have to survive the onslaught of the guerrillas and the consequences of another idiotic defense minister until August 2022, however.

Many will not live to see this day.