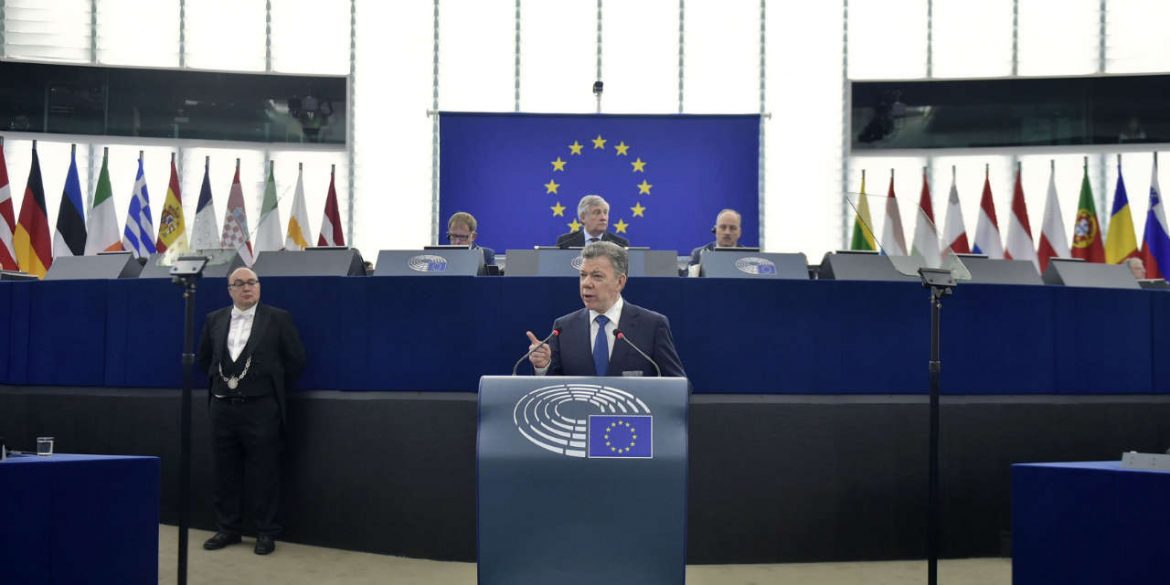 Colombia’s President Juan Manuel Santos told European Parliament (EP) on Wednesday that his country’s peace process is “a commitment to the international community.”

While visiting the EP in Strasbourg, France, to calm European nerves about election promises made by conservative candidate Ivan Duque to unilaterally “restructure” a 2016 peace agreement made with FARC guerrillas.

According to Santos, the peace process “is definitive, it’s irreversible. Not only because this is how our own Constitutional Court put it, but because it is the word of the Colombian state.”

The outgoing administration has been under tremendous pressure over chronic failures to effectively execute of the peace process that is opposed by wealthy landowners and conservative politicians like Duque.

“I did not come here to tell you that Colombia has achieved a complete peace, because it’s not like that,” said Santos.

ELN guerrillas and the AGC, a paramilitary group formed by dissident members of the AUC paramilitary umbrella organization, continue to defy state authority.

What’s next for Colombia’s ELN guerrillas and AGC paramilitaries?

Both groups have been negotiating with the authorities to also lay down their weapons. “Nobody wants to return to the horrors of war,” said Santos.

The European Union and some of its member states have sponsored the peace process that seeks to end more than half a century of armed conflict in the South American country.