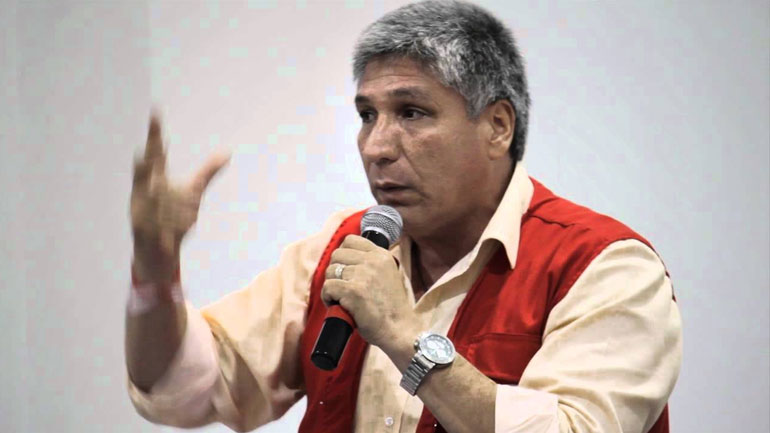 Since the beginning of talks I have said that any deal is preferable to continuing a war that has taken too many years and too many lives.

I have repeated that to forgive and accept benefits for the victimizers in the context of restorative justice that allows the transformation from war to peace, does not imply that we victims renounce our just claims to justice, truth, reparation and guarantees of non repetition.

Adhering to these principles and knowing the deal between victimizers and the state about victims I state that:

1) Never were we consulted about the aforementioned. Nor have we victims been allowed to express our expectations of this deal despite the fact that the 47 associations that make up the National Federation of FARC Victims (FEVCOL) and represents more than 113,000 victims, have requested in writing and at forums, asking to be heard.

2) In spite of this, we FARC victims express our approval because the talks have advanced to the point that we catch a glimpse of the signing of the end of this barbaric and prolonged conflict, a signature we Colombians must support so that in the future our grandchildren can enjoy a better country than the one we had to live in.

3) We are concerned that the Special Tribunal for Peace or Transitional Justice, a jurisdiction created to judge FARC guerrillas, because of its origin in compromise, has come to prioritize the rights obtained by the victimizers over the constitutional and legal rights of victims to truth, reparation and non repetition.

4) We are concerned that the FARC has not assumed the responsibility to comprehensively repay its victims and that the deal has left the state, under the principle of subsidiarity, as the chief responsible of compensating victims when the victimizers do not have the means to do so.

Truth is that rank and file guerrillas don’t have the economic capacity to repay their victims, but the fact remains that their commanders have profited from the drug business, illegal mining, kidnapping and extortion.

Some of the questions that arise at this point are:

Will the magistrates of the new court take into account that guerrilla fighters followed orders, that there are those who are ultimately responsible, and that through the perpetration of these fighters the commanders can elude their obligation to compensate their victims and endorse the State to do this?

Will the resources obtained by the FARC through illegal businesses be used to compensate the victims?

Or will the deal permit that through silence or a regulatory vacuum these resources will be used by the victimizers in their new life in legality?

5) We are concerned that, for future reference, the FARC has been reluctant to be bound to the moral component of comprehensive reparation: Telling the truth followed by a sincere apology from the perpetrators to the victims. Truth is the most important satisfaction for victims.

It should be remembered that had the FARC told the truth about the massacre of deputies, that it was a military error of the FARC and not a rescue attempt by the army, I would never have been imprisoned.

However, because of the politically motivated concealment of the truth with the intention to saddle the State with the responsibility for the death of my colleagues, my family and I were forced to endure in full the disgrace, the infamy and the emotional burden of another and worse re-victimization.

In general, the deal seems good but it raises doubts. And its importance requires us to study it rigorously, because as our elders say, the devil is in the details.

Author Sigifredo Lopez is a politician from Cali and the sole survivor of the 2002 kidnapping of 12 deputies of the Valle del Cauca province. Lopez was held hostage for more than eight years and subsequently jailed after falsely being accused of participating in the initial kidnapping.