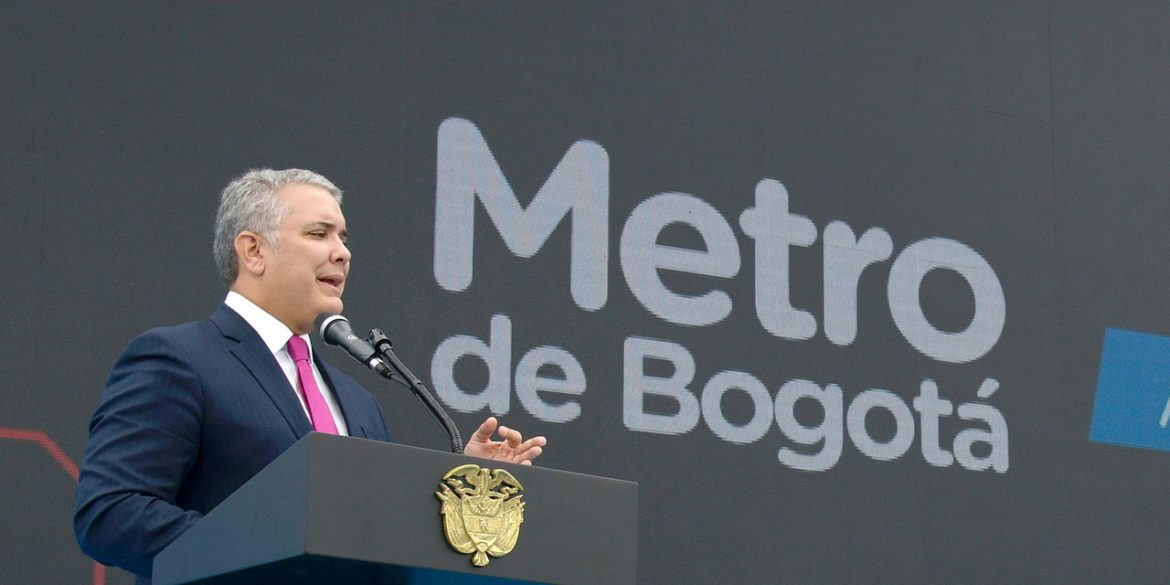 The Apca Transmimetro consortium was left with the tender for the construction, operation and maintenance for 25 years of the metro system, the president said. 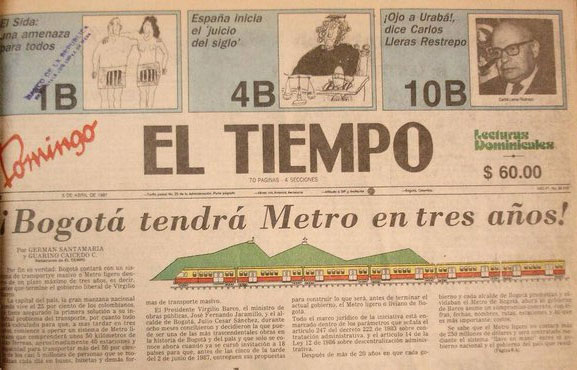 Newspaper El Tiempo reporting in 1987 that “Bogota will have a metro in three years!”

Politicians have promised Bogota a metro system on countless occasions since 1942, but this time “it’s not just talking. Here begins the real metro longed for by the city for decades, for decades,” according to Duque

Bogota’s latest attempt to construct a metro is set to cost $4.3 billion with $480 million of that coming from a loan from the European Investment Bank.

The Apca Transmimetro consortium, which includes China Harbour Engineering, Bombardier (Canada) and the Xi’An Metro Company scored an evaluation of 100 out of 100.

The consortium, which beat off competition from the Metro Consortium of Mexico and Spain with a score of 94.54 points, will take on the task of alleviating the capital’s chronic congestion problems. 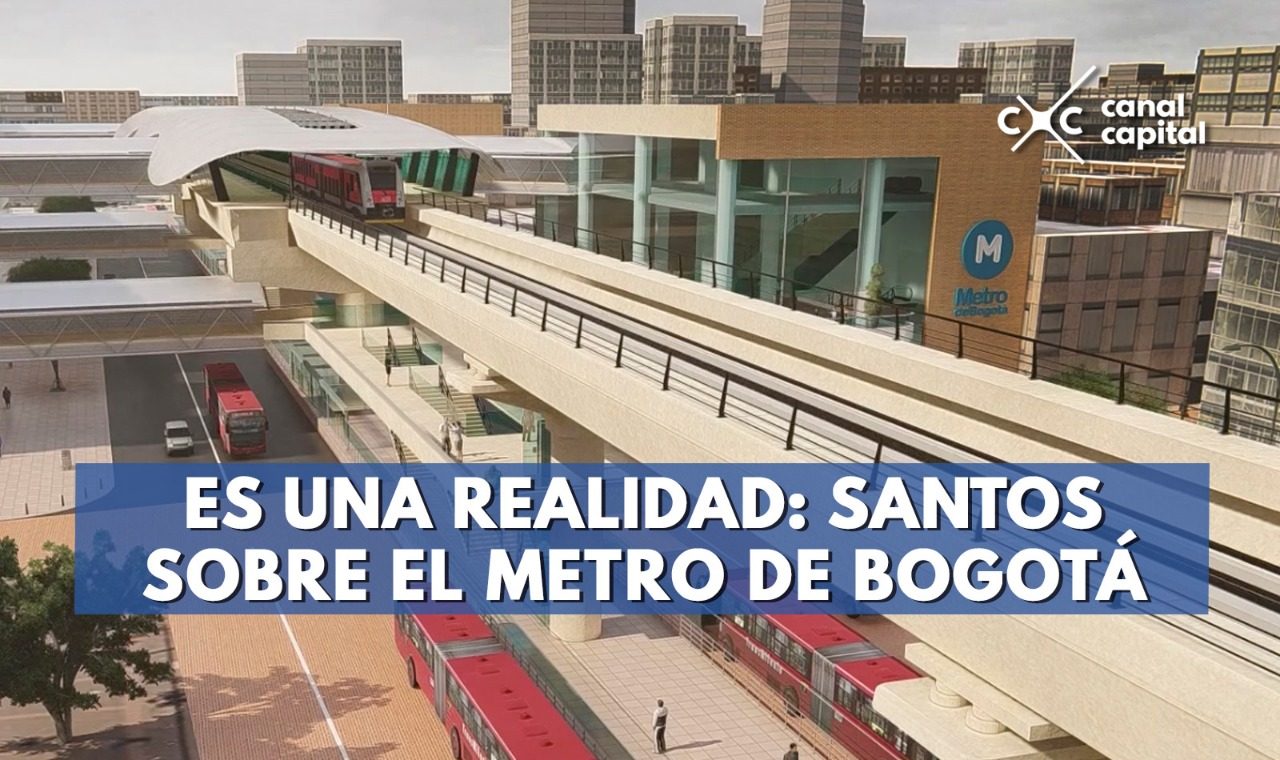 Canal Capital reported in 2018 that former President Juan Manuel Santos said the metro “is a reality.”

While Bogota has made several attempts to advance with the long-proposed metro project, bureaucracy, financial discrepancies and corruption have plagued efforts up to now.

With this in mind, Bogota Mayor Enrique Peñalosa requested that the Office of the Inspector General oversee the funds relating to the project.

“We believe that the exceptional control of the Comptroller General of the Republic over the account of the Bogota Metro Company will result in favor of the project itself and will ensure that the resources invested are audited under the highest standards and with fiscally responsible solutions,” said the mayor in a letter to the watchdog.

The next stage in the process is to sign the opening act, which will be done between December of this year and March of 2020 so that ground can be broken in April 2020.

The first metro line will go from Las Americas to Calle 72 covering a distance of 23.96 kilometers through 16 stations.

The line will have 23 trains and a capacity of 72,000 passengers per hour, per direction.

The metro is expected to be fully operational by 2025 and will not replace the existing Transmilenio system, but compliment it.

The project is part of Bogota’s 2016-19 Municipal Development Plan, which also includes linking the bus system to the metro and the building of 14km of cycle paths.

The idea of a metro in Bogota is by no means a recent proposal.

In 1942, Mayor Carlos Sanz was the first to propose the idea to city residents. He ultimately opted for a tram instead.

By the 1950s, as the metropolis began growing more quickly, the collapse of Bogota’s Tramways system made evident the pressing need for a modern form of mass transport.

Since 1967, multiple mayors have made proposals for a metro system and at least twelve studies investigating the viability of the system have been carried out.

Already, the city has spent in excess of  $90 million on exploratory studies, according to Caracol Radio.

While confirmation that the project will now go ahead will be welcomed by the seven million city inhabitants, few have forgotten that in 2015, former President Juan Manuel Santos gave the then-mayor Gustavo Petro a check for over $4 billion to finance an underground metro system.

That project ultimately failed after Colombia’s economy took a downturn and a series of expensive studies found the initiative would cost at least twice as much as originally proposed.

Bogota is one of the few Latin American capital cities that has no metro. Instead, the city has the Transmilenio, a  bus rapid  transit system, transporting more than 2.4 million people every day.

The poor public transportation system in one of the world’s most populated cities has resulted in regular congestion of vehicles and routes, as well as bad air pollution.

Since the beginning of its operation in 2000, Transmilenio has grown to run some 1,300 buses that cover 11 routes and carry almost one third of Bogota’s total number of inhabitants.

A network of more than 500 smaller buses connect the city’s neighborhoods to the Transmilenio’s 117 stations.

Despite its extensive network and capacity, Transmilenio is heavily criticized for its overcrowded buses.

The successful construction of a metro system in Colombia’s second city Medellin has further highlighted the shortcomings of officials in the capital.