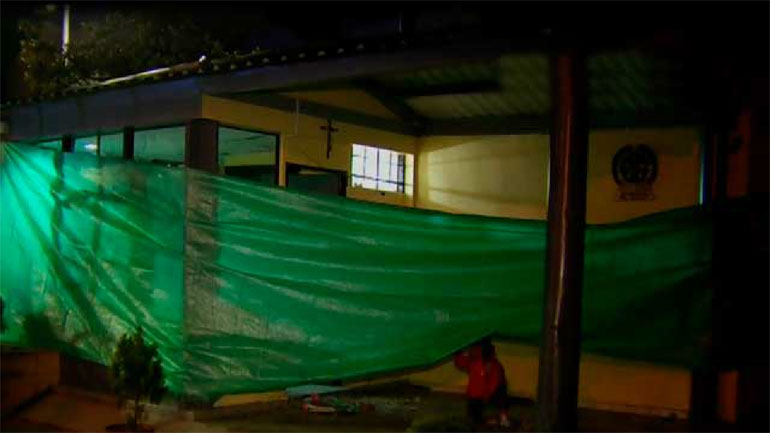 At least seven policemen were injured and one police post was damaged in soccer riots between hooligans in Bogota on Wednesday.

According to the police department in Colombia’s capital, the policemen were injured when trying to break up riots between fans of the Bogota-based Millonarios team and those of one of their arch-rivals, Medellin team Atletico Nacional.

When the police intervened, the hooligans’ rage turned against the authorities. Tear gas was used in efforts to disperse the dozens of rioters.

By the end of the disturbances, seven policemen had to be treated for injuries. The windows of a police post on the Calle 23 with the Carrera 13 and other nearby buildings in the center of the city were destroyed.

According to the police, four hooligans were arrested.

According to hooded Nacional fans interviewed by Caracol TV, the Millonarios hooligans had been threatening to kill them on social media for days after which a stand-off was agreed.

The soccer riots are the second this week. On Sunday, a Millonarios fan died in fighting with Nacional fans in the Bosa district.