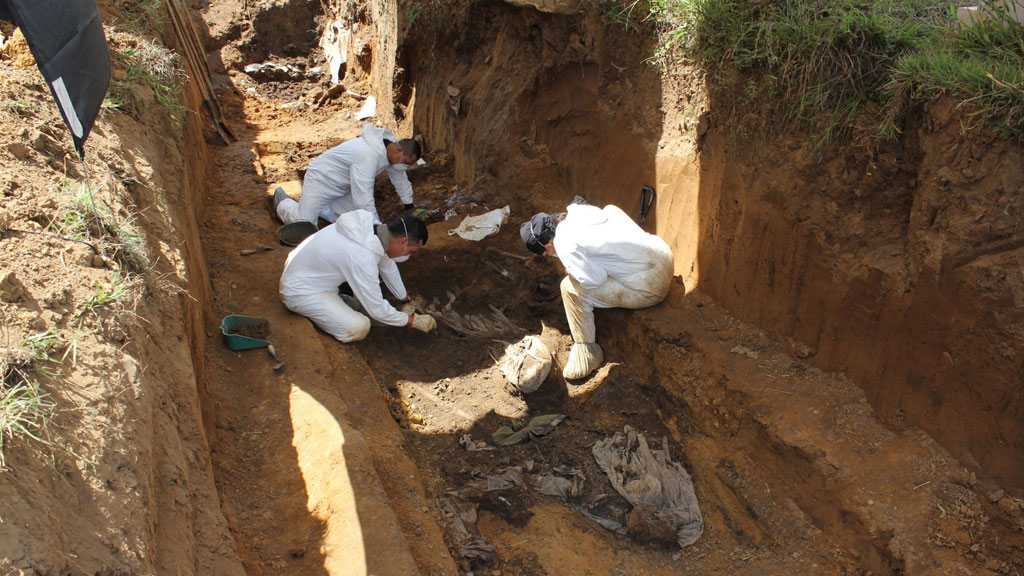 Colombia’s Prosecutor General’s Office found in the southwestern part of the country a mass grave with the remains of some 62 people who might have been victims of paramilitary groups, local media reported Saturday.

The discovery was made in a rural area of Olaya Herrera municipality in Nariño province, bordering on Ecuador, Attorney General Eduardo Montealegre said, without revealing when the bodies were found.

According to the prosecutor general, “13 of the remains have been identified,” but he added that according to a local authority, “there could be 62 people” buried there.

Montealegre said the bodies are being disinterred, a work in which the Attorney General’s Office, the Nariño provincial government, the Red Cross and the Legal Medicine Institute are taking part.

The Prosecutor General’s Office believes they are the remains of people who were disappeared between the years 2000-2005, not only in Nariño province but also in other regions of Colombia.

More than 31,000 members of paramilitary groups belonging to the United Self-Defense Forces of Colombia, or AUC, demobilized in mid-2006 during peace talks with the government of then-President Alvaro Uribe (2002-2010).

The Uribe government promoted, as the legal framework for the reinsertion of AUC members into society, the so-called Justice and Peace Law, enacted in 2005 and which established, among other measures, prison sentences of between five and eight years for those guilty of inhuman crimes.