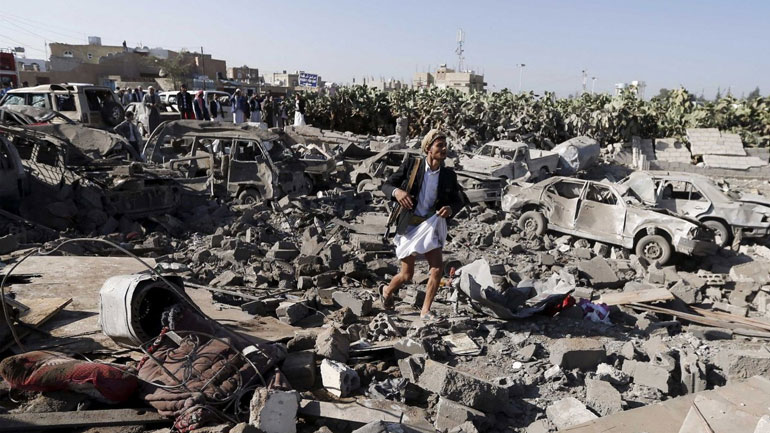 Six Colombian mercenaries and their Australian commander were killed in Yemen, media from the Arab nation reported Wednesday.

According to YemenTV, the Colombians were killed in combat between state forces and their allies, and Houthi rebels in the country’s south.

The killed fighters are believed to work for the United Arab Emirates that reportedly sent hundreds of Colombian mercenaries to the southern Arab country to fight an ongoing rebellion that has killed at least 5,700 since March when fighting escalated, according to the United Nations.

The United Arab Emirates has contracted thousands of former members of Colombia;s armed forces and deployed them in Yemen.

The Yemeni government is supported by Saudi Arabia, the UAE, the United States and the United Kingdom, but is opposed by the rebels who in turn receive aid from Iran.

The UN special envoy for Yemen, Ismail Ould Cheikh Ahmed, told reporters on Monday in Geneva that Yemen’s warring sides have agreed to hold peace talks in Switzerland next week.

Previous peace efforts have ended in failure, with the Yemeni government, which has been mostly in self-exile in Saudi Arabia, demanding the implementation of a UN resolution calling on the Houthis to lay down arms seized from the state and withdraw from territory, including the capital, Sanaa.

Colombians have been active in the Arabian peninsula since 2011, reportedly working for the UAE government that has hired former Blackwater director Eric Prince to strengthen the oil-rich nation’s armed forces with foreign troops.