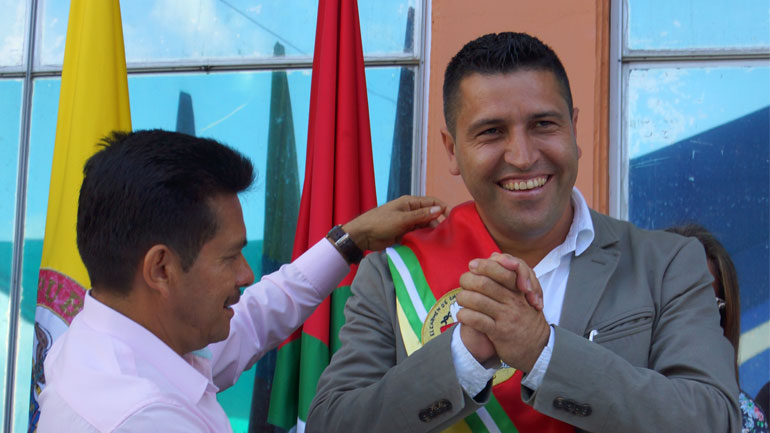 Some 350 mayors and seven governors who took office on January 1 are facing criminal investigations by Colombia’s public prosecution, the office said in a report.

This means that one third of Colombia’s mayors and one of every five new governors is facing criminal charges.

The alleged ties between crime and politics in Colombia became embarrassingly visible when the oil-rich town of Yopal elected a mayor who was in jail at the time of his election.

The allegedly criminal mayor was released on bail just days before January 1, but was unable to take office.

While iconic, the situation in Casanare of which Yopal is the capital, is not the most serious.

Perez, a former Medellin mayor, has long been accused of ties to criminal organizations and corruption and is investigated for illicit enrichment and conspiracy to commit a crime.

Tolima Governor Oscar Barreto, who was elected with the support of the Conservative Party and the Democratic Center party, is subject in four criminal investigations.

In Cundinamarca, the province surrounding the Bogota Capital District, 40 mayors are suspected of crimes.

Thirty-four mayors from Boyaca are investigated, 30 in Santander, 18 in Bolivar, 17 in Meta and Nariño, and so forth.

Ahead of the elections, the Prosecutor General’s Office warned that as many as 20,000 candidates in the October poll had criminal investigations against them.

In 2,000 cases these aspiring public officials were suspected of involvement in drug trafficking. The remaining accusations vary from failing to pay child support to the illegal carrying of firearms, according to radio station Caracol.

The majority of elected mayors and governors have not been charged of the crimes they are formally suspected, said the Prosecutor General’s Office that could cause a political tsunami if it decides to press charges.

The alleged criminal past of the governors and mayors are also a mayor problem for President Juan Manuel Santos, whose administration is negotiating peace with the FARC, the country’s oldest and largest rebel group.

In the event of peace, billions of dollars will be funneled to provincial governments and city halls to secure a successful reintegration of FARC fighters.

The fear is that this money, which will partially come from befriended nations like the United States, will end up in the pocket of corrupt politicians rather than being invested in peace building.

Criminal activity in politics is common in Colombia; More than 60 former congressmen were sentenced to jail over the past decade for their ties to right-wing paramilitary groups and three former ministers who served under Uribe, Santos’ predecessor, are in prison or on the run from justice.