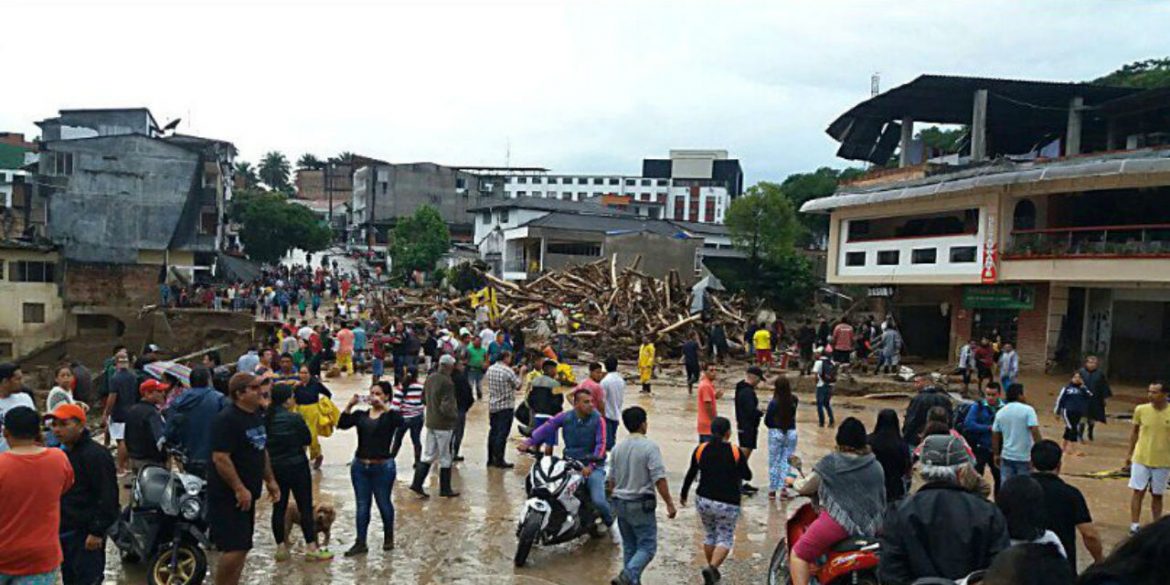 More than 30,000 people were evacuated from Mocoa in south Colombia over the weekend after heavy rains again devastated the town where more than 300 were killed in a mudslide last year.

This weekend’s heavy rains destroyed 14 homes, damaged 169 more in 18 neighborhoods as well as causing damage to infrastructure in the town that has yet to rebuild many of the homes lost in last year’s disaster.

The rains caused the Sangoyaco, Mulato and Mocoa rivers to overflow, leading to floods that swept through the town destroying several bridges including one that was built in the aftermath of the 2017 disaster.

The 12 alarm towers located around the city sounded at 3.11am on Sunday warning residents to move to 38 evacuation points installed by the National Unit for Disaster Risk Management, a measure that this time avoided the loss of life.

The floods however caused extensive damage to the two aqueducts that supply water to nearly 100,000 residents leaving them without water while recovery operations are in progress.

Colombian president Ivan Duque on Monday confirmed that the aim is to reestablish the water connection within 24 hours as relief teams continue to work to alleviate the situation.

“I gave instructions to reestablish water service in Mocoa in less than 24 hours. Ten thousand gallons of water will arrive to the city that will guarantee the supply while we repair the aqueduct and clean the clogged water intakes,” tweeted the head of state.

Duque said that he would travel to Mocoa and to areas affected by heavy rain on Monday in order to inspect the state response after the excessive rains that have battered several parts of Colombia.

The residents of Mocoa have in many ways been victims of inaction in the part of Colombia’s government with locals claiming that despite promises of rebuilding in the aftermath of the 2017 tragedy, little has been delivered.

The local community formed a group called “Dignidad por Mocoa” to bring its case to the government, proposing a 12-year reconstruction plan for the city after widespread dissatisfaction with existing plans.