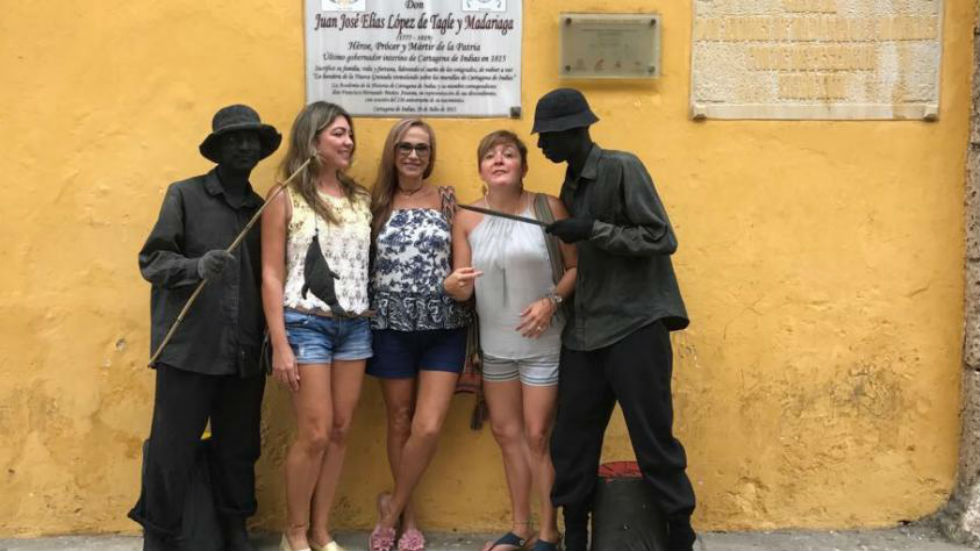 The incident occurred as the women approached the human statues who were disguised as fishermen near a Botero sculpture in the historic center to request a photograph.

As a passerby took the photograph, one of the disguised characters subtly took personal items from a bag belonging to the visitors, all of which was caught on a security camera on Santo Domingo Street.

The security camera footage was passed on to local police by a store owner with an investigation already under way to catch the culprits and recover the stolen items.