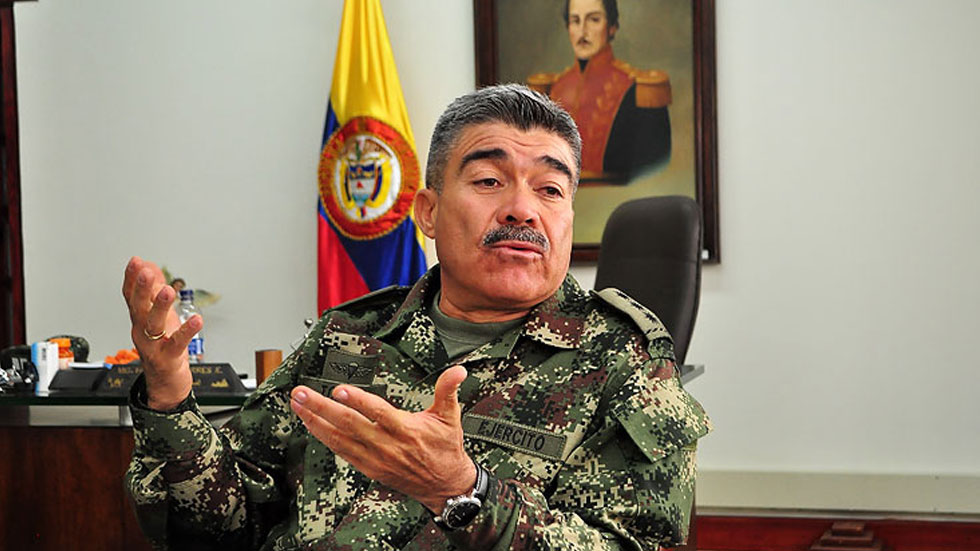 For 1st time, Colombia calls general to trial for mass killing of civilians

For the first time since the breaking of the “false positives” scandal almost nine years ago, Colombia prosecutors called a general to trial to respond for the execution of civilians who were falsely reported as combat kills.

Retired General Henry Torres is one of 22 generals who are investigated over the mass killing of civilians that cost the lives of an estimated 4,000 civilians, mainly while former President Alvaro Uribe was in office and particularly when current President Juan Manuel Santos was defense minister.

Torres was arrested in March last year while prosecution investigators began looking into the killing of three farmers under the watch of the former commander of the 5th Division.

The alleged crimes occurred on April 6, 2007 in Hato Corozal, Casanare. Three locals were allegedly taken from a local establishment by several men – reportedly working for the now-defunct intelligence agency DAS – and bundled into a van.

Days later they were presented by the army as guerrillas and tallied as combat kills.

The annunciation of the trial came just days after the chief prosecutor of the International Criminal Court expressed concern over the possible impunity for military and guerrilla commanders who resorted to war crimes or crimes against humanity during the country’s 52-year armed conflict.

ICC prosecutor Fatou Bensouda said in an op-ed in weekly Semana that the transitional justice element of the peace deal, which seeks justice for the estimated 8 million victims of the war, “contains language that could be ‘interpreted’ as a limitation to the definition of responsibility of superiors as described in the Rome Statute.”

The UN has long claimed the killing of civilians was “widespread and systematic.” The former president has consistently claimed the approximately 4,000 homicides carried out during his eight years in office were isolated incidents.

Some 24,400 state officials and some 12,500 civilians will have to appear before the transitional justice system for war-related crimes. Between 6,200 and 20,000 FARC members will also appear before this court.