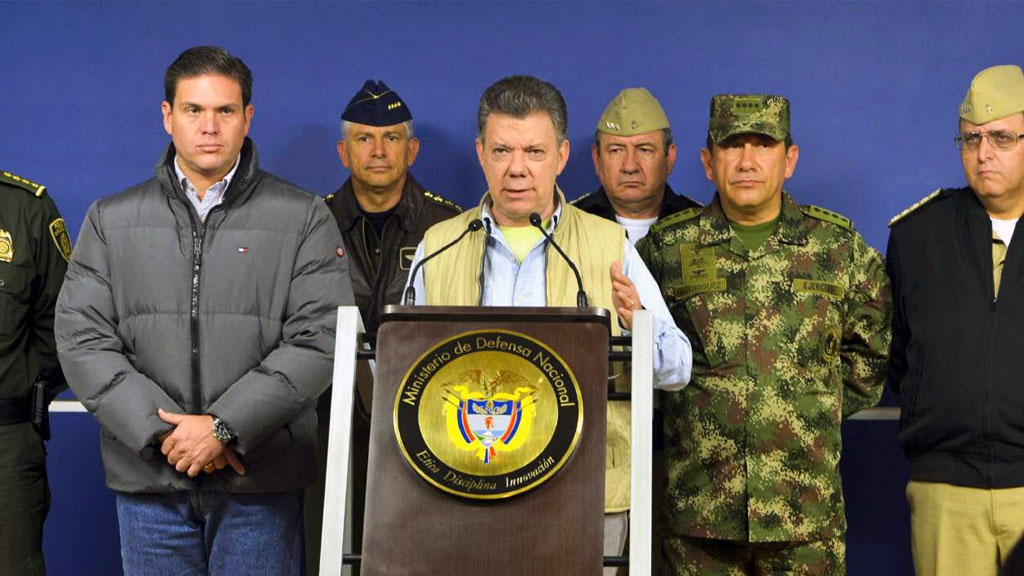 At least 18 FARC guerrillas were killed and two were injured in an air strike in the southwest of Colombia, weeks after President Juan Manuel Santos ended a suspension of these strikes in response to a FARC attack that killed 11 soldiers.

The attack was targeting a camp of the FARC’s 29th front in the coastal Guapi municipality, according to the National Army.

According the army, the Air Force operation took place on Thursday morning and was dubbed  “Marcial 019.” The objective was to kill “Javier el Chugo,” the second in command of the rebel unit.

The operation had been coordinated by intelligence personnel of the Police, the Air Force, and the Army. The attack started by the Air Force bombing the camp, after which the Army entered the area to finalize the transaction and count the dead.

According to information given to local media by the Army, the two injured were a minor and a woman. Both were captured after the operation.

Additionally, 17 rifles, a machine gun, seven pistols and a communications radio have been confiscated.

The killed rebels were allegedly protecting a cocaine manufacturing laboratory.

The deadly air strike in one of the heaviest blows against the FARC since the guerrilla group began peace talks with the government in November 2012.

President Juan Manuel Santos had suspended these air strikes earlier this year to reciprocate a unilateral ceasefire called by the FARC in December.

However, when a FARC unit attacked an army unit and killed 11 of its members in mid April, the president ordered a resumption of the strikes.

Both the unilateral ceasefire and the suspension of air strikes were part of a joint agreement to de-escalate the conflict for the duration of the talks.

Violent outbursts in the field put a strain on the peace talks held in Cuba and had threatened its continuity and credibility.

The ongoing killings also complicated Santos’ attempts to convince the Colombian people of the legitimacy and benefits of these talks whose public approval of the talks dropped every time the Marxist rebels were able to carry out an attack.

Ever since the beginning of the talks, Santos has insisted on maintaining war efforts while negotiating to keep military pressure on the guerrillas and prevent the FARC from using a bilateral ceasefire to reorganize their forces.

The president did not confirm the attack, but went on Twitter to reiterate that “the offensive is maintained until we reach peace, which is hopefully achieved as soon as possible.”

Peace delegates of the FARC and the Santos administration are currently negotiating how to grant justice to the approximately 7 million victims, transitional justice for perpetrators of war crimes and the final end of the conflict, which would include a bilateral ceasefire and the eventual demobilization, disarmament and reintegration of the FARC’s approximately 8,000 armed and 12,000 unarmed members.