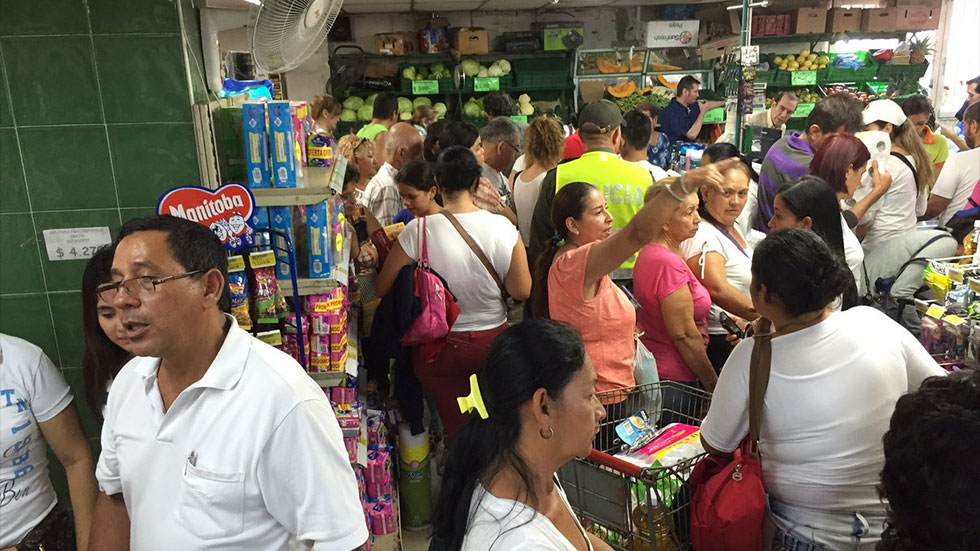 Tens of thousands of Venezuelans flocked into Colombia on Sunday after the Venezuelan government temporarily reopened the border, allowing citizens to buy food and medicine that have become scarce in Colombia’s neighbor to the east.

Venezuelan President Nicolas Maduro authorized a 12-hour opening of the border crossing near the Colombian city Cucuta almost a year after he ordered the border to be closed.

Colombian and Venezuelan authorities have been negotiating security measures that would allow the permanent reopening of the border for weeks.

However, for Venezuelans in the neighboring Tachira state this process is taking too long.

Last week hundreds of women broke through the border to stock up on goods.

To prevent other illegal incursions, Maduro ordered to temporarily open the border.

According to Victor Bautista, the director of Colombia’s border authority, some 35,000 Venezuelans took the opportunity to cross the border, converting the usually sleepy Sunday in Cucuta in a major day of trade.

“Thank you for this welcome, the people of Venezuela are experiencing a serious humanitarian situation,” Jose Gregorio Sanchez, a resident of the border town of Urena, told the AFP news agency.

“We decided to cross the border because we don’t have food in our homes and our children are going hungry. There is much need,” a woman told La Opinion, the local newspaper of Cucuta.

“The cordiality of the Colombian people was very good,” she added.

Venezuela has been among the hardest hit by dropping prices of oil, virtually the country’s only export product that finances the country’s ample communist programs.

However, with private enterprises increasingly under pressure from the government and the faltering economy, and social programs on the brink of collapse, the country has increasingly seen empty shops and pharmacies.

The borders were unilaterally closed since August last year on Venezuelan claims that smugglers were trying to sabotage the Venezuelan economy and Colombian drug traffickers were undermining security in the border region.