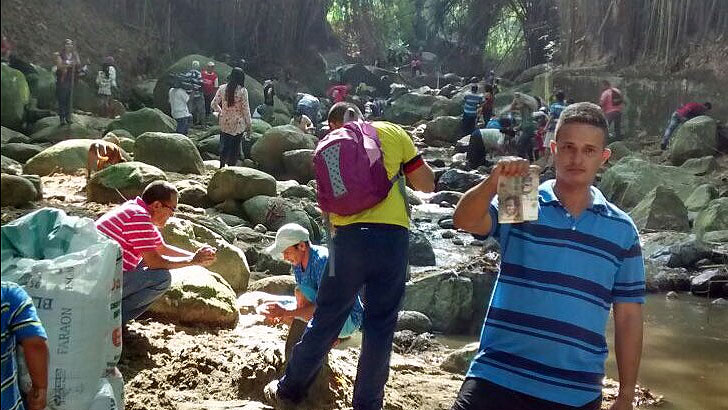 Resident of a town in northeast of Colombia had a field day on Sunday when the local creek surprisingly began producing a mysterious flow of peso bills.

Quintero’s “miraculous” find drew the attention of other inhabitants of Floridablanca and on Sunday, a mini gold rush began after dozens arrived at the creek to see if more money was coming down the stream or had been buried on the rocks and gravel in the water.

Local police initially told press that the ongoing rumor about appearing money was a hoax, but later admit it had been wrong and money was appearing in the river.

“We have opened an investigation to clarify the fact,” Colonel Reynaldo Rojas, the chief of police of the town, told media.

Rojas’ men have carried out several searches in the area, joining the fortune seekers to find the origin of the money flow. Police were also present to try to avoid possible brawls over disputed bills.

It is unclear how much money has been found by the locals.