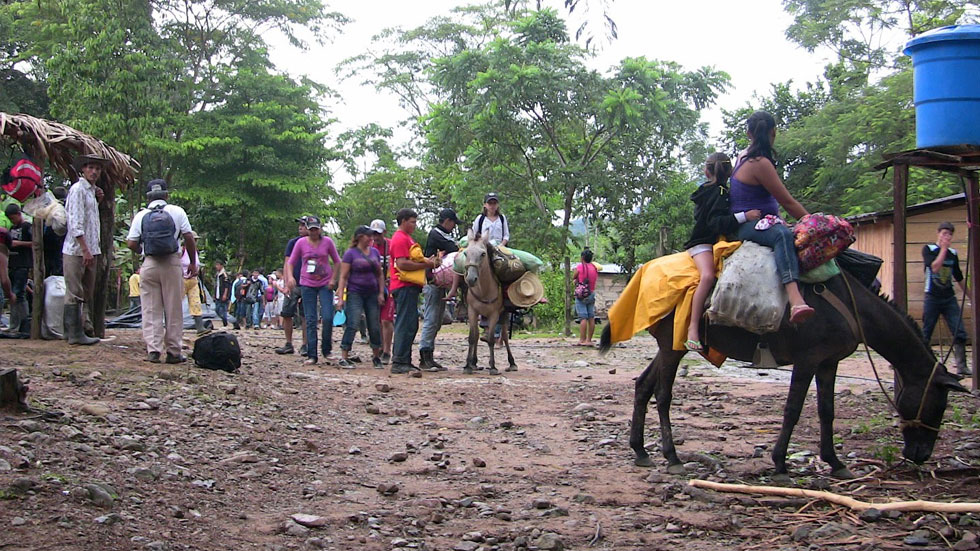 Only 16% of Colombia’s displaced were uprooted by combat

Colombia’s armed conflict has displaced more than 7 million Colombians in what increasingly appears to have been a major land theft operation as only 16% of displaced victims were uprooted by combat.

As part of the ongoing peace process with the now-demobilized FARC rebel group, the government prioritized land restitution in 170 municipalities hardest hit by the war.

An earlier study had already shown that during this 52-year period of extreme violence, 15% of the country’s national territory illegally changed hands.

The restitution of this illegally transferred land has been an administrative nightmare, also in the priority regions where no more than 3.2% of the 55,200 claimed land properties have been returned to their rightful owners since 2011.

Almost two thirds of the victims of displacement were removed from their property by paramilitary groups often in collusion with members of regional rural elites, thousands of whom will have to face justice before a transitional justice system that is set up as part of the peace process with the FARC.

Guerrilla groups like the FARC and the ELN displaced 13% of the victims in their self-proclaimed attempt to overthrow the state.

What and who displaced Colombia’s armed conflict victims

The land restitution is complicated by the presence of guerrilla group ELN, dissident paramilitary groups and dissident FARC guerrillas.

For example, in the southern Caqueta province where FARC dissidents have taken over territorial control from their former guerrilla bosses not one land restitution request has been carried out.

The only region where there has been significant process in the restitution of land is in the south of the northern Cordoba province where 20% of stolen land has been returned because of two court sentences convicting the country’s largest bank, Bancolombia, and the investment firm of paramilitary warlord Salvatore Mancuso.

In the south of Tolima, the FARC’s stomping ground, 12% of land has been returned.

In almost all other priority regions, the restitution rate is between 0% and 5.7% and land thieves continue to enjoy impunity, often with the support of regional political elites, corrupt state officials and so-called “anti-restitution armies.”

Colombia’s transitional justice system is supposed to curb the almost absolute impunity rate, but can count on powerful opposition and little public support.

For justice to find public support, the truth about who has been displacing more than 10% of Colombia’s national population would have to come out first.