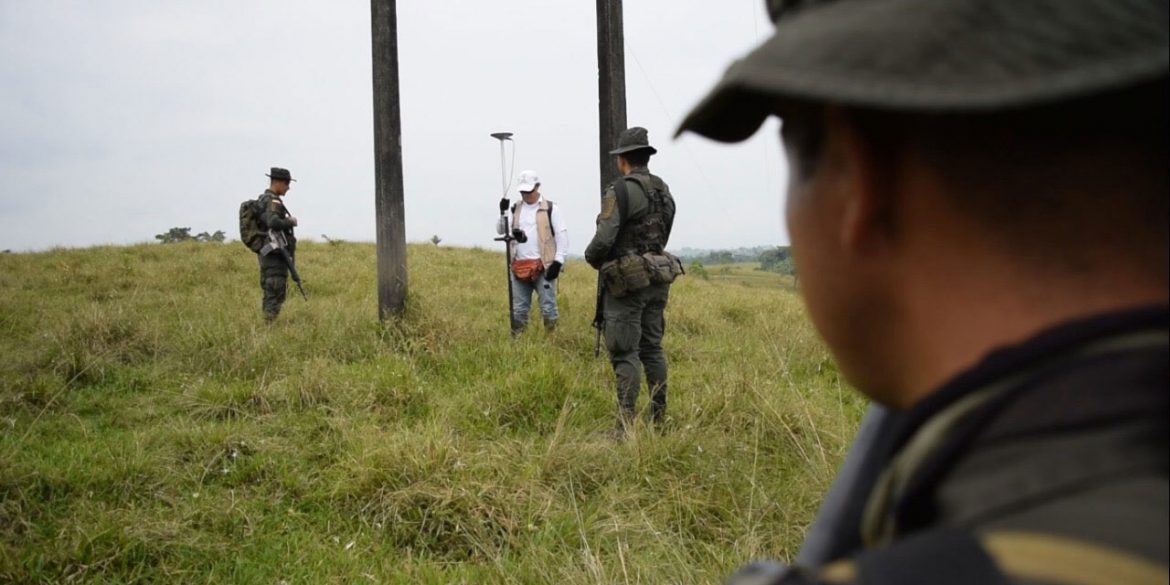 At least eight policemen were killed in an alleged paramilitary attack on a judicial commission investigating land theft in northwest Colombia.

A bombs exploded when the convoy traveled through in San Pedro de Uraba, a municipality in the northwestern Uraba region, which is largely controlled by the AGC paramilitary group, or Gulf Clan as the government calls the group.

A judge, officials of the Land Restitution Unit and displaced farmers had gone to the rural area to inspect the return of land that was stolen during the armed conflict.

An explosive allegedly killed the policemen after which the commission retreated from the area. Defense Minister Luis Carlos Villegas said that three members of the AGC also died.

President Juan Manuel Santos rejected the “cowardly attack” on the convoy that was inspecting the restitution of land in the Uraba region, the stomping ground of the AGC.

Inspector General Fernando Carrillo said that “it is not enough to reject the cowardly killing of the policemen in Uraba. The authorities have the obligation to verify the acts and punish those responsible.”

The United Nations, which monitors a peace process in Colombia, reiterated in a press release the need for “the protection of life, the work and the contributions of community and social leaders, in particular those who promote the substitution of [coca] crops, the restitution of land, and the protection of resources and the environment.”

“The death of the policemen illustrates the challenges of this protection,” the international organization said.

In total, land property equal to 15% of Colombia’s national territory was stolen during the country’s armed conflict that began in 1964.

Much of this land was stolen by paramilitary groups formed by large landowners and businesses to protect private property from attacks by guerrilla groups like the FARC and the ELN.

The restitution of this land has been met by resistance from the new owners, who in some cases have hired “anti-restitution armies” to prevent the return of displaced farmers.

These illegal armed groups in some cases were formed by dissident paramilitaries who protect the property that was stolen during the conflict.

According to the IPC, an NGO that accompanies land claimants, 21 returning farmers have been killed in Uraba since 2008.

The legal and violent resistance against the return of land has complicated the process of land restitution that would allow the country’s victims of displacement to return to their homes.

The AGC, which operates in approximately one fifth of Colombia’s municipalities, offered to demobilize in September last year and is waiting for Congress to approve a bill that would allow the collective demobilization of illegal armed groups.