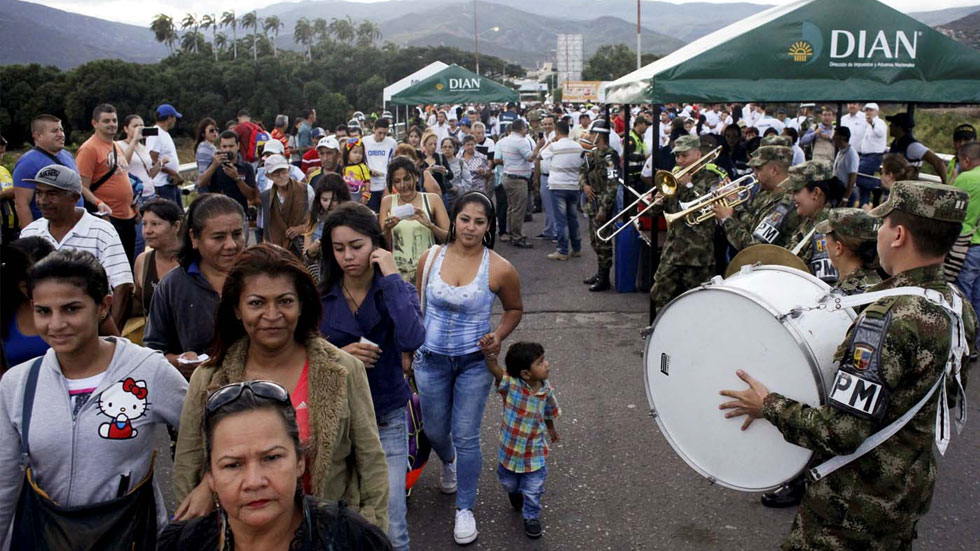 More than 100,000 Venezuelans entered Colombia over the weekend after the neighboring countries agreed to gradually reopen the border that was closed a year ago, migration authorities said.

According to Migracion Colombia, 78,000 Venezuelans visited Colombia on Saturday, the first day of the border opening. Another 58,000 crossed the border on Sunday.

The Venezuelans entered Colombia mainly to buy food and medicine that have become a scarcity in the neighboring country that is suffering an economic crisis of epic proportions.

For months delegates from both Colombia and Venezuela have been negotiating measures that would allow the reopening of the border while enforcing security along the 1,375-mile border.

Without announcing any specific measures to curb the problems initially cited by Maduro, the two countries agreed to gradually reopen the border last week.

Five border crossings were opened to pedestrians during the day from 6AM to 9PM on both Saturday and Sunday.

The reopening of the border ends major diplomatic tensions caused by Maduro who had claimed that Colombia was supporting coup attempts targeting his socialist government.

Moreover, tens of thousands of Colombians fled Venezuela in the first days after borders were closed, claiming police were actively persecuting Colombian citizens.

Nevertheless, the two countries that used to be one have long had a love-hate relationships and diplomatic crises occur every few years.