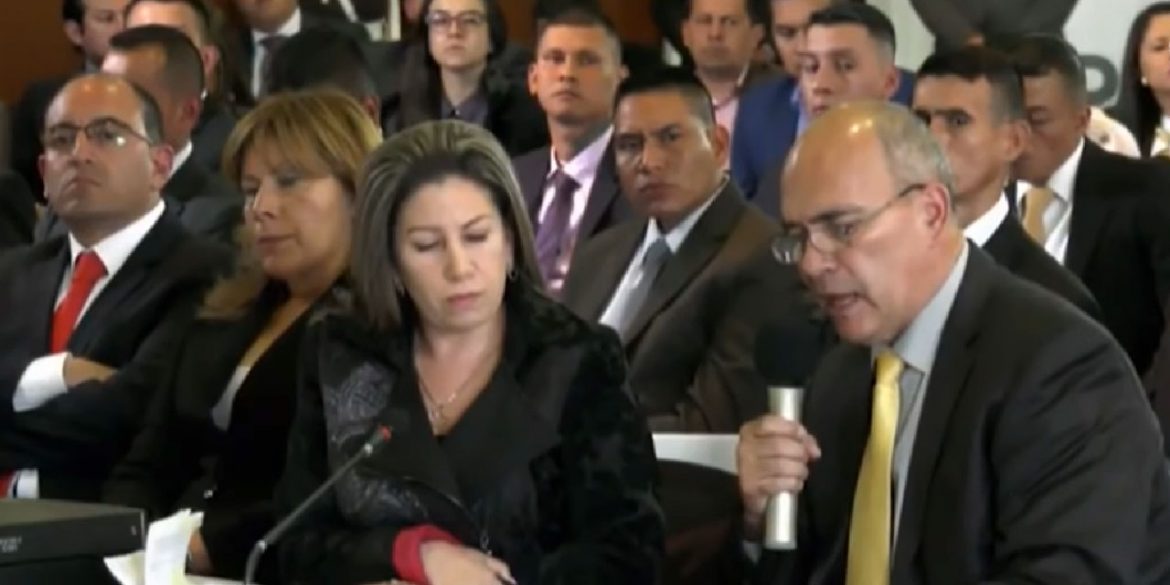 A Colombian army colonel on Friday asked forgiveness to the mothers of five men for murdering their sons in 2008 and falsely claiming they were guerrillas killed in combat.

The apology was part of the indictment of Colonel Gabriel Rincon’s and 13 of his former subordinates before war crimes tribunal JEP where he hopes his 46-year prison sentence can be converted to community service.

In order to achieve this, the colonel will have to tell the truth about why he and hundreds other military officials ended up executing thousands of civilians under the watch of then-President Alvaro Uribe.

The former president was forced to apologize to the mothers of the victims for calling the victims “bums,” but has rejected responsibility for the mass killings that occurred when he was commander-in-chief.

Uribe’s via crucis: apologizing to Colombia’s war victims and journalists

I promise that the victimizing acts will not happen again. First, because it is my desire to see a stable and lasting peace materialize for my beloved Colombia, and because I retired from the military, and do not carry and will not carry firearms.

“I have waited 10 years of hearings to hear the implicated gentlemen,” said Idaly Garcera, who is one of thousands of mothers who are waiting to hear the truth about why their sons were murdered by the National Army.

“The right to the truth is not just for the victims, but for Colombian society as a whole,” said Sandra Villegas, the attorney of the mothers who have received death threats ever since they organized to demand justice in 2009.

For 10 years, judges have sent hundreds of soldiers to prison, but never found out who gave the order to butcher civilians with which the government could present.

Rincon is the highest ranking official who has been convicted for the killings, despite the International Criminal Court (ICC) claiming there is enough evidence to prosecute at least 23 generals and six colonels for producing “false positives.”

One general and more than 1,800 lower ranked members of the military have asked their cases to be transferred to the JEP, hoping that their contribution to the truth and the reparation of their victims will set them free.

Uribe and the association of retired generals have tried to discredit the war crimes tribunal and have refused cooperation.

The ICC warned last year that it could step in if the JEP fails to adequately prosecute the (former) commanders, which is also the wish of the mothers who lost their sons.

I suffer a lot because I miss him, I miss him a lot, I want to know the whole truth. I wish the top commanders who offered them things to commit the crimes they committed were here.

Whether this will happen is uncertain as Colombia’s state authorities have consistently tried to conceal war crimes committed in the name of the Colombian people.