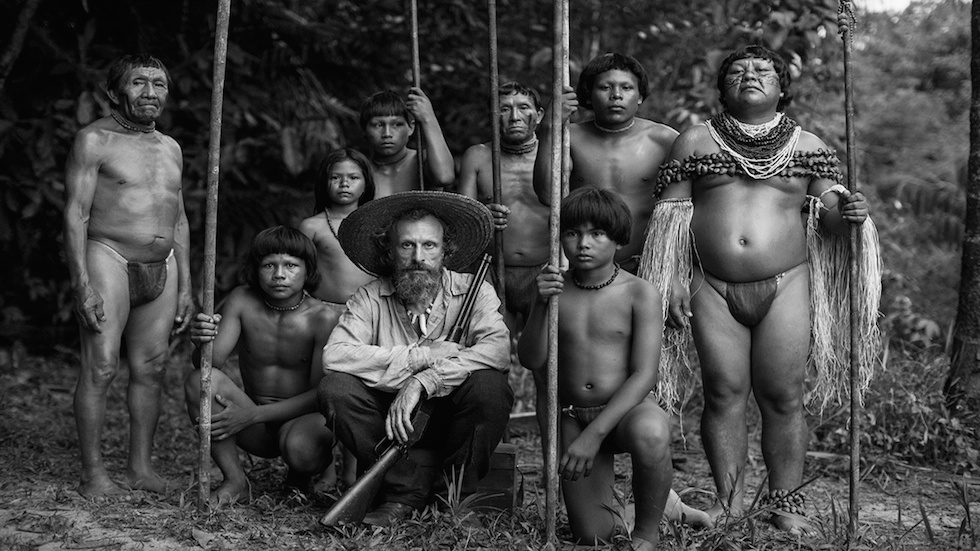 Colombia has produced many fine movies over the past decades. If you want to dive deep into Colombian culture and history, we recommend the following ten films as good places to start.

A lot of Colombians will note that their cinema history is filled with dramas and tragedies. But they will also claim that those same dramas have become comedies in the country’s national memory, as many of the films demonstrate how Colombians create humor and joy in the midst of hardship.

La estrategia del caracol [The Strategy of the Snail] (1993)

An instant hit when it was released, “The Strategy of the Snail” is a comedy-drama with a rich cast of unforgettable characters.

After the families of a large tenancy house in Bogota are all evicted, the film follows their dramatic attempt to take the home–like a snail with a shell on its back–and move it to another part of the city.

The film is considered a classic in Colombia for the way it exemplifies common struggles between the stratified rich and poor of the country’s capital.

“La vendedora de rosas,” loosely based on Hans Christian Andersen’s 1845 The Little Match Girl, gives a sincere and honest glimpse into the difficulties of life in the harsh, poor neighborhoods of Medellin, following a young girl and her band of friends as they try to find joy with Christmas eve looming.

The film is well known, not only for its host of international awards, but also because many of its actors strangely suffered similar fates as their characters in the years after the film was released.

Nominated for the Best Foreign Language Film at the 2016 Academy Awards, “El abrazo de la serpiente,” is a film co-produced in Colombia, Argentina and Venezuela.

Shot in black and white, the film takes place both during 1909 and 1940 in the Amazon, during the region’s historical Rubber Boom.

The film is quiet, slow moving and enthralling. It plays with time, weaving the plots of 1909 and 1940 together–where in both stories, white colonists encounter an indigenous shaman while searching for a rare medicinal plant.

“Confessing to Laura” is a 1991 drama that unfolds in Bogota during the infamous “Bogotazo” riots of 1948.

The riots, which left thousands dead and much of the city burned to the ground, followed the assassination of popular presidential candidate Jorge Eliecer Gaitan.

“Confessing to Laura” follows three characters trapped inside their homes during the riots,  giving the audience a zoomed in look at the humanity trapped within Bogota’s historic strife.

“Maria Full of Grace” is a 2004 drama co-produced between the United States and Colombia.

In 2005, lead actress Catalina Sandino Moreno was nominated for the Academy Award for Best Actress for her portrayal of a struggling pregnant woman who gets caught up with cocaine traffickers.

The film is suspenseful, well-acted, and is acclaimed in Colombia for showing how the dangerous world of international drug trafficking can swallow up the most vulnerable, common people.

“Land and Shade” is a heavy drama focusing on the harshness of rural life at the foot of the Andes in western Colombia.

A family once separated and absent is pulled back together, as a man returns home in the dying moments of his son, trying to regain the love of his family.

The film is known as a “neorealist” movie, as Gaviria used non-professional actors from the neighborhoods where the movie takes place, using real locations (no sets).

“Rodrigo D No Future” made a big impact on Colombian filmmaking, and for many expresses the tragedy and energy of a young generation hoping for a better future in 1980s Medellin.

Agarrando pueblo [The Vampires of Poverty] (1977)

“Agarrando pueblo” is a bold, experimental and memorable short film. Considered a “false” or “fake documentary,” the movie is a film-within-a-film, following a fictional group of German filmmakers who are tasked with capturing the misery of Latin American poverty.

Largely sarcastic, “Agarrando pueblo” sets out and succeeds in making a commentary on the ethics behind marketing portrayals of hardship in Latin America.

“The Wind Journeys” is a dramatic collaboration between Colombian, Dutch, German and Argentine filmmakers. It is widely known for its gorgeous display of Colombian landscapes, and was shot in 80 locations in the northern region of the country.

The film follows the travel of a vallenato musician, followed by a young boy who wants to be his apprentice, in a journey to return his instrument to his original owner, the man who once was his mentor.

One reviewer for Variety magazine said of the film, “The rugged majesty of the Colombian landscape forms a spectacular widescreen backdrop for a simple, bittersweet tale of regret and companionship.”

While the women of the film realize there is no such thing as a perfect man, the three generations of men comedically navigate the ups and downs of amour.